Starting salaries are up! (Let's not get too excited) 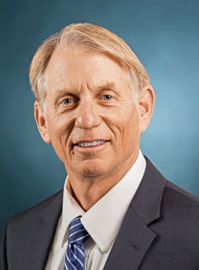 Rising demand for veterinary services should not lead to a call for more veterinarians. Here's why.

(Getty Images)After a period of lower demand-and associated depressed salaries-for veterinarians, economic reports indicate an uptick in both, which might be a cause for optimism among new graduates seeking careers in the field.

After four years of decline, the mean starting salary for new veterinary graduates from the 28 U.S. colleges of veterinary medicine has risen sharply over the last two years, this year ending above the long-term trend. Even more impressive is that this increase in starting salaries has occurred with a record number of new graduates finding full-time employment before they graduate: In 2012, the number of new grads finding full-time employment dipped to a low of 598; this year it reached 1,446.

The significant growth of incomes and the number of new jobs over the past two years is evidence of the tightening job market for new veterinarians. Further evidence of this tightening market can be found in American Veterinary Medical Association (AVMA) data on job applicants and available jobs. The ratio of new applicants to available jobs declined to below 1 for the first time since the last recession began. To explore what these indicators mean for future new veterinarians, let's take a look at the mechanics supporting the projections.

The simplest way to do a forecast is to determine the average increase over time and extend that average increase into the future. Trend indicates, on average, what the annual increase in salary will be if all other factors remain constant.

Another way to look at it is that the average annual increase captures the effect of all other factors that generally improve over time, such as population growth, general price levels (inflation) or the number of pets. More important, the trend provides a measure of central tendency to which the actual starting salary can be compared.

In Table 1, the actual real weighted income (starting salary) of new graduates is plotted against trend; you'll note actual income falls both above and below the trend line. If the past 16 years are any indication, we can expect the starting salaries to follow this trend with periods where the actual income exceeds what's been predicted and periods where it's less than predicted. For the trend to continue, any rise in income above the trend must be offset with declines in income below the trend.

Every veterinary practice has ebbs and flows in the rate of business growth. During the ebbs they have available but unused services (referred to as underemployment), and during the flows they may have employees working more hours than they wish (referred to as negative underemployment). For the last two years, the profession has, as a whole, experienced negative underemployment-more veterinarians who want to work less for lower compensation than who want to work more for higher compensation.

Such negative underemployment at the individual veterinary practice level, however, might not be sufficient to warrant hiring another veterinarian. And it is extremely difficult to hire a quarter or half of a veterinarian (this is the concept of indivisibility of labor). But eventually the demand for veterinary services reaches a point where a practice can no longer provide the amount of services needed to meet demand, and a new veterinarian is hired. Hence, there is a delayed response in hiring to the growth in the economy-first, because it takes some time for consumers to start spending more money on their pets again, and second, because veterinary employers wait until the demand for their services exceeds their ability to supply it.

Rational expectations are created by considering all publicly available information and making decisions in anticipation of future events. Making decisions based on immediate past activities is the result of adaptive expectations. The immediate future is expected to resemble the immediate past. Waiting to hire a new veterinarian until the demand for services exceeds the ability to provide those services is adaptive while anticipating that excessive demand based on market information is a rational expectation.

But salaries did not move with GDP. The market was much more volatile (experiencing year-to-year changes) and took more than three years to react to the changes in GDP. The sharper increases and decreases in starting salaries (volatility) are partially the result of the three-year lag in response and are a sign of an inefficient (a slow-adapting) market caused by adaptive expectations that are typically the result of insufficient market information.

The amount of time required to get a veterinary college applicant providing veterinary services at full capacity is five to six years. On the other hand, the average business cycle historically has been five years, but more recently has been more than seven years. Forming rational expectations will create better coordination between the veterinary markets and will provide for more stable and sustainable growth in veterinary services that will reduce the volatility in veterinary incomes. Based on the past, we can expect the market for veterinarians to continue to tighten and new graduate salaries to continue to rise sharply next year and in 2018.

We should not, however, take this as a signal to increase the number of veterinarians in the market. The ebb in the economy is in sight, and, with it, we'll see a return to more excess capacity in practices and more underemployment for veterinarians. 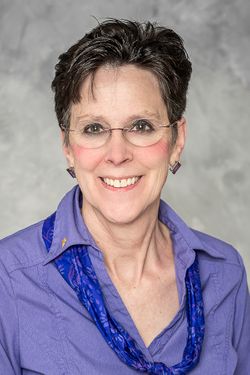