A new pet food company believes that one animal doesn’t need to be harmed to feed another.

Pet owners today care a great deal about the foods their pets eat. In fact, a recent survey found that 70% of people who follow a diet for themselves also feed their pet the same diet. For example, almost half of pet parents who eat organic foods feed their pets organic diets (47% vs. 12%). But this shift toward feeding pets "healthier" foods has not always led to the positive results pet parents are hoping for.

In addition to the recalls of nearly a dozen raw pet food products this year, the FDA issued a warning this summer about a possible link between heart disease and grain-free dog foods. Now, one company is stepping in with a pet food line it believes may be the answer health-conscious pet parents are looking for: pet food that contains real animal protein without using animals.

Colorado-based Bond Pet Foods is creating a line of slaughter-free meat proteins for dogs and cats that provide the nutrients animals require without harming any other animals in the process. “We don’t think 1 animal needs to be harmed to feed another,” the company’s website reads. “We also don’t think antibiotics and pharmaceuticals need to be routinely given to most farm animals raised for meat. Or that the ever-present risk of foodborne illness from conventional meat processing is one our pets, or their parents, should have to take.”

So how exactly is it done?

In an interview with the vegan business magazine vegconomist, Bond Pet Foods creator Rich Kelleman explained that the manufacturing process uses some of the same principles that are employed in craft beer brewing: Fermentation is used to grow high-quality proteins that are then harvested to meet the nutritional needs of cats and dogs.

Kelleman was inspired to create the company after he and his wife struggled to find a pet food for their puppy that matched the criteria they established for their own diets. “It was hard to find options that were truly an open book in how they were sourced and made, and there was also the nagging reality that regardless of our choice 1 animal needed to be harmed to feed another,” he said.

This led him to research how technologies used in the “clean meat” industry could be applied to pet foods. “It’s estimated that the 163 million dogs and cats in the United States consume up to 30% of all meat products produced in the country,” he explained. This high consumption rate raises residual concerns regarding farm animal welfare, antibiotic resistance, processing safety, and sustainability. According to Kelleman, Bond Pet Foods will be made using a fraction of the resources employed by traditional pet food manufacturers, eliminating the need for slaughter. He also insists that all proteins the company plans to use will be evaluated by the FDA and tested thoroughly for safety and performance.

The company plans to launch its first products—treats for cats and dogs—in 2019 through its website and select independent retailers. 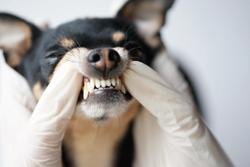 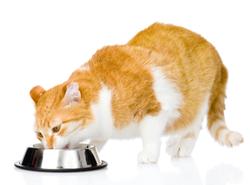 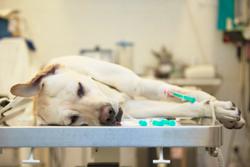