Decline in body weight is common in cats that are older than 11 years.1 Sometimes this loss is readily attributable to apparent disease, but in many cases, there are no obvious signs of illness and routine diagnostic approaches fail to reveal evidence of an underlying problem.2,3 Energy requirements of older cats apparently do not decline as markedly as they do in dogs and people, perhaps because physical activity does not decrease as much with age in cats. Indeed, the maintenance energy requirement of older cats may increase rather than decrease.3,4 Although cats might be expected to regulate their energy intake to compensate for these changes to maintain body weight, that clearly is not always the case.4,5

It has been recognized for many years that both protein and fat digestibility decrease in many apparently normal cats after 10 years of age. While the cause of the decreases remains unclear, the changes are quite marked in some individuals and in particular can be dramatic with regard to fat digestibility.4,5 Often these changes are not readily apparent from casual observation of feces and may only be verified if fecal fat content is quantified by appropriate analytic testing. Methods for such testing are rarely available for evaluation of veterinary patients, even at referral centers.

Whatever the explanation for weight loss and decline in nutrient digestibility in older cats, progressive decline in body weight has been reported in the two years before death from a variety of seemingly unrelated diseases. As cats live increasingly longer lives and receive attentive health care, this weight loss is more frequently recognized. In this article, I will review what is known about common age-related changes and what may be done to halt or reverse the decline in body weight that is apparently a predictable prelude to death.3,4,6

Well-recognized causes of weight loss in old cats include chronic renal disease, diabetes mellitus, hyperthyroidism, inflammatory bowel disease (IBD), exocrine pancreatic insufficiency, and dental problems. Most are readily suspected and confirmed based on physical examination and routine laboratory testing. At times, selected additional testing of parameters such as serum thyroxine, serum trypsin-like immunoreactivity, cobalamin and folate, dental radiography (Figures 1A & 1B), or gastrointestinal (GI) endoscopy and biopsy may be necessary. Despite thorough investigation, however, the underlying cause of even severe weight loss can be remarkably difficult to establish conclusively.

Figure 1B. In the same cat, an intraoral bisecting angle dental radiograph of the left maxilla shows an unsuspected extensive tooth resorption at the cementoenamel junction of the distal left maxillary canine tooth (a). Tooth resorption affecting the root and crown of the 3rd premolar is also apparent (b). (Courtesy of the Veterinary Dental Service Library, University of Illinois)

Subtle weight loss may not even be noted unless careful records of body weight and body condition scores are kept over repeated veterinary examinations. Similarly, moderate increases or decreases in food or water intake will probably go unnoticed by most owners. Even when the most attentive owners provide the best veterinary care for their cats, a substantial proportion of senior cats will experience weight loss, despite being in otherwise good health and exhibiting no detectable change in food intake.

Figure 3. Protein digestibility (by percentage) in cats ages ranging in age from 8 to 18 years (n = 208). Evidence indicates that, in these older cats with no apparent classic diseases to explain the weight loss, there is an age-related decline in food digestibility.3 There is a significant (p < 0.0001) negative correlation (r = −0.76) between age and fat digestibility (Figure 2). The incidence of low fat digestibility increases with age, affecting 10% to 15% of mature cats (8 to 12 years old) and 30% of geriatric cats (> 12 years old). In some geriatric cats, fat digestibility was found to be as low as 30%, and the only clinical signs were large stools (not frank diarrhea) and low body weight.

Figure 6. After 12 years of age, there is marked decline in body weight among cats, which supplants obesity as a common life-threatening condition.It is perhaps not surprising that these changes were correlated with several other measures of health or well-being, including serum vitamin E (tocopherol), vitamin B12 (cobalamin), skin thickness, body fat, and body condition score. Overall, while obesity tends to be the predominant body-mass concern in cats between 7 and 12 years of age, in those older than 12 years, obesity is rare and being underweight is a far greater life-threatening risk factor (Table 1 and Figure 6).3

Table 1. Incidence of Feline Obesity and Underweight by Age*

The cause or causes of this decline in nutrient digestibility remain unknown but presumably reflect enteropathy of some type. In some cases, this intestinal dysfunction may overlap with what is loosely classified as (idiopathic) IBD. Some cats compensate for the loss in digestive function by eating more and, therefore, exhibit no weight loss. It is important to recognize that many cats show only subtle changes in stool characteristics (slightly larger volumes of stool with a more clay-like consistency) but not frank diarrhea, even when steatorrhea is marked.

Regardless of the precise cause or causes, weight loss in otherwise healthy older cats and changes in fecal characteristics should be investigated, as should malabsorption. Thorough physical examination, routine complete blood count, serum chemistry profile, urinalysis, and fecal examination are all indicated, as are radiographic and ultrasonographic evaluations as appropriate. If nothing specific is found to explain the weight loss, the next step is to measure serum thyroxine, feline pancreatic lipase, feline trypsin-like immunoreactivity, and cobalamin/folate levels. I recommend that these be determined concurrently because studies have indicated that about 50% of hyperthyroid cats have evidence of concurrent intestinal and/or pancreatic abnormalities, including sometimes severe hypocobalaminemia, when the endocrinopathy is initially diagnosed.7,8

Furthermore, all abnormalities detected should be treated concurrently to optimize clinical response to treatment. Many hyperthyroid cats are appropriately diagnosed and treated, but GI signs, especially weight loss, persist despite return to the euthyroid state. Subsequent evaluation of GI function as outlined above then reveals evidence of enteric disease and cobalamin deficiency. Only when these are also appropriately treated do the cats return to optimal health.

Determination of fecal fat (by percentage) would be desirable and may be the only way to confirm an intestinal problem in some patients. Fecal fat greater than 20% would indicate fat malabsorption. Unfortunately, such a test is not commercially available for pet cats. It has been reported that 100% of cats older than 7 years of age with serum tocopherol (vitamin E) less than 5 mg/L also have low fat digestibility, and that more than 90% of cats with serum cobalamin less than 100 g/L have low fat digestibility.3 So finding such low serum concentrations of either cobalamin or tocopherol can be the basis for inferring that a cat has low fat (and probably protein) digestibility.3

A new test that often reveals abnormalities in intestinal function in affected cats is an assay of fecal α1-proteinase inhibitor by species-specific immunoassay.9 This test is presently available only from the Gastrointestinal Laboratory at Texas A&M University. Abnormal results indicate the presence of an enteropathy-associated increase in enteric loss of protein; this test can detect protein-losing enteropathy that is not sufficiently severe to lower serum albumin (the liver can compensate for enteric protein loss). Chronic enteric protein loss can contribute to gradual depletion of lean body mass. In a recent study more than 70% of affected cats had abnormal [α1-PI] test results (Figure 7), but interestingly, serum albumin was slightly subnormal in only two of the 11 cats with protein-losing enteropathy.10

Finally, it should be noted that it is very common to see increased serum concentrations of trypsinlike immunoreactivity (fTLI) and/or pancreatic lipase (fPL) in these cats with idiopathic chronic enteropathy (Figure 8). The significance of these pancreatic abnormalities is not clear. Many affected cats show few if any signs that may be considered suggestive of pancreatitis (e.g. anorexia or vomiting), but the increases can be striking in some individuals.

In the future, assay of enteric inflammatory markers such as fecal calprotectin may prove useful in confirming the presence of enteric disease, but the relationship of inflammation to this enteropathy is currently uncertain. Even histologic examination of intestinal biopsy specimens may not provide evidence of a conclusive diagnosis; lesions may be patchy and interpretation of biopsy findings is inherently subjective. It is also likely that in cats, as in dogs, functional problems in the intestine may not be associated with either inflammation or villous atrophy but rather with intraluminal microbial changes and biochemical derangements in the enterocytes lining the small intestine that are not revealed by classic histologic evaluation.

In some cats, despite a thorough investigation, it is not possible to confirm enteropathy. A presumptive diagnosis of idiopathic enteropathy is the best that can be achieved. The approach to management in these instances is essentially the same as for patients with histologically confirmed IBD - that is, a dietary change (low-carbohydrate alternative fiber source, novel antigen, or hydrolyzed diet), prebiotic or probiotic supplementation, correction of low serum cobalamin/folate concentrations, supplementation with vitamin E and perhaps other antioxidants, antibiotic treatment with metronidazole or tylosin, and perhaps glucocorticoid therapy or immunomodulation with chlorambucil or cyclosporine.11 However, in the absence of specific laboratory abnormalities or any overt clinical signs to monitor, other than perhaps very slowly progressive weight loss, it is probably premature to recommend particularly aggressive treatment for these patients. A cautious, conservative approach is warranted.

As many of the observations about digestive disturbances in elderly cats are relatively new, appropriate clinical studies evaluating treatment interventions have not been performed. Dietary changes and supplements would certainly be the safest and most easily administered interventions. When specific abnormalities such as hypocobalaminemia are identified, they should be rectified.

The effect of dietary changes has to be evaluated on an individual trial-and-error basis, which can be difficult if gradual weight loss is the only clinical sign to evaluate. Observing improvements in the newer GI disease markers, such as fecal α1-proteinase inhibitor and serum fPL, may provide objective evidence of a positive response, but the value of this approach remains to be evaluated.

Careful observation of stool characteristics may provide some evidence of improved digestibility, especially if grossly apparent abnormalities were present at the outset. If there is no apparent response to dietary change after two to four weeks, an alternative diet should be tried. I prefer to select diet changes based on reduced carbohydrate content (generally associated with increased protein content) or different amounts or types of fermentable fiber. Adjusting the fat content of the diet does not appear to be particularly useful in treating feline enteropathies. Unfortunately, definitive studies in geriatric cats with malabsorption have not been done. Treatment needs to be individualized and evaluated on a trial-and-error basis.

With regard to older cats in general, there is some evidence that diet can play a role in maintaining body weight and fat mass - and prolonging life. A control diet (nutritionally complete and balanced adult cat food) supplemented with antioxidants (vitamin E and ss-carotene), a blend of n-3 and n-6 fatty acids, and a prebiotic (dried chicory root) was associated with reduced decline in body weight and increased longevity (by more than 1 year) compared with feeding either the control diet alone or the control diet supplemented with antioxidants alone.6 These striking observations illustrate the potential benefit to be gained from dietary and other interventions to address the gastrointestinal changes that appear to be so common in aging cats. 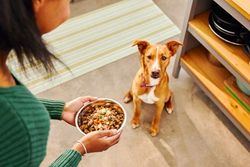 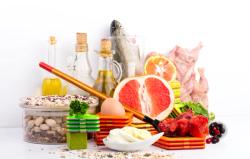 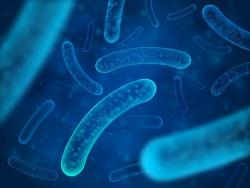 Cultivating the colon: Probiotics and prebiotics