In this experimental study of six cats and six dogs, the contribution of subcutaneous tissues to first and second intention cutaneous wound healing was evaluated.

In this experimental study of six cats and six dogs, the contribution of subcutaneous tissues to first and second intention cutaneous wound healing was evaluated. Paired wounds on either side of the dorsal midline were created, and subcutaneous tissue was removed on one side. Wounds were either sutured and the breaking strength measured at seven days or the wounds were left open and monitored for 21 days for granulation tissue formation, wound contraction, epithelialization, and total healing. Perfusion imaging was used to assess skin vascularity.

Results from the study revealed that subcutaneous tissue removal had no effect on primary (sutured) wound healing in dogs or cats. With second intention wound healing, removal of the subcutaneous tissues reduced wound perfusion, granulation, contraction, epithelialization, and total healing. Furthermore, granulation tissue formation and wound contraction were more significantly delayed in cats than in dogs. Two dogs in the unsutured group had minor wound infections. The authors concluded that because of the reduction in tissue perfusion, extensive subcutaneous tissue débridement could delay wound healing and should be avoided, especially in cats.

Traumatic skin and adjacent soft tissue injury is common in cats and dogs. These experimental study results support a conservative approach to maintain the subcutis and subsequent tissue vascularity in open wounds, particularly in cats. The challenge for practitioners treating patients with variable degrees of wounding is to determine the amount of tissue viability and contamination before tissue removal. It would be interesting to evaluate whether these results are confirmed in clinical patients with skin wounds (e.g. burns, shearing injuries, lacerations). 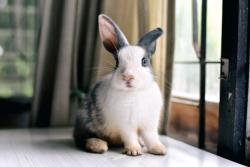