Temple Grandin, PhD, MS, author, lecturer, and professor of animal sciences at Colorado State University in Fort Collins, is delivering the keynote address at the Fetch dvm360® Conference on Sunday, August 28, 2022. Well known for her pivotal work as an animal behaviorist and as an autism activist, Grandin has contributed to improving the welfare of livestock through implementing ideas inspired by her visual-oriented thinking as an individual with autism herself.

In fact, she conceptualized each minute detail of a design for a humane livestock restraint system, which is currently used on approximately half the cattle in North America.1 Along with this initiative, Grandin has been featured on a multitude of prestigious radio shows, television shows, and in magazines such as National Public Radio, 60 Minutes, and Time, respectively.

Grandin sat down with dvm360® so we could get a closer look at what’s to come during her keynote, “Insights Into Understanding Animal Behavior,” and learn more about her professional accomplishments.

What was the inspiration behind your keynote address at the Fetch dvm360® Conference?

One of the most important things is different ways that people think, and one of the things that helped me in my work with animals is my thinking completely in pictures. It took me a long time to discover that other people don’t think in pictures, so in my earliest work with cattle, I looked at what they were seeing [while] going through a cattle chute. If you remove some of the distractions, [such as] chains hanging down and sharp shadows, animals will move through chutes more easily. When I first started doing that, it was a new idea. I realize other people think in words, but even now...I got sent a picture of a stun box with 2 bright spots in it, [and] I said, “You need to get rid of those bright spots.” Cattle aren’t afraid of slaughter, they’re afraid of these 2 light beams on the floor, and people tend to not see that unless I specifically train them.

[Also], looking at something [such as] bringing a dog into the veterinary clinic, and he is slipping all around on the table. Well, fear of falling is a very strong fear. Put a mat on the table, [and] if you don’t want to bother cleaning it, then have the owner bring the mat in from home. People aren’t seeing these kinds of basic things. I think some of it [comes] down to: An animal lives in a sensory-based world, not a word-based world.

What more can you tell us about how visual thinking has helped you in your career with animals?

I’m very interested in different thinking, and in one of my older books, Animals in Translation, I talk about how autism has helped me with animals, because I think in pictures. I’m just finishing up another book right now [that’s about] visual thinking and [have been] discovering more as I work with my cowriter, who is totally verbal, how different her thinking is. Your first step is realizing that people think differently. But when you think visually, like when I talk about the dog slipping on the table, I’m seeing puppies in the brace position on pictures from the internet.

What has been one of the most rewarding accomplishments in your career?

I’ve done some things that are really rewarding in terms of designing facilities, but one of the mistakes I made when I first started was I thought I could fix everything with equipment. There’s a tendency to [say], “OK, I got this new corral system, [so] everything should be wonderful.” Well, some of the worst abuse I saw early in my career happened in a brand-new corral system. Management must decide [whether] they’re going to do things [properly]. You take something, [such as the] Fear Free [method], and management has to get into it. I know sometimes there’s an emphasis on how to redecorate the veterinary clinic, [but] that’s not where my main emphasis is going to be…. Let’s work on changing the attitude of people handling animals. If you want animals handled right, you can’t be understaffing and overworking, and I know everybody has problem with that. But I have found [that] when it comes to [either] cattle handling or dog handling, the attitude of top management sets the tone…. People want the thing more than they want the management. That’s the problem. The older I’ve gotten, [the] more [I’m getting] into the management side of it.

Why is it so important to have both verbal and visual thinkers in veterinary medicine?

I’m very concerned about all the draconian math requirements for [veterinary professionals]. Some of [the] best animal handlers are not going to be good at algebra, I’ll tell you that right now. Yes, you have to dose drugs, but those formulas can be committed to memorization. You don’t have to take algebra for that. [For example], I memorized the math for hydraulic cylinder sizing. I know how to do that, it’s Pi [multiplied by] the radius squared. It’s just memorized. But we need our visual thinkers. They’re the ones who really understand animals. 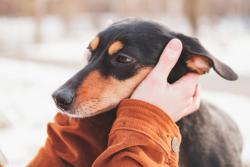 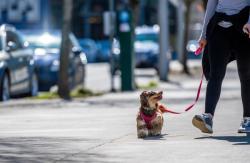