Products in single lot may be contaminated with Listeria monocytogenes

Primal Pet Foods has voluntarily recalled a single lot (#W10068709) of Raw Frozen Primal Patties for Dogs Beef Formula (6-lb), with best by date of 05/22/23, because of possible contamination with Listeria monocytogenes.

According to a company release,1 this recall is a result of routine sampling by the U.S. Food and Drug Administration, which discovered a positive result for Listeria monocytogenes in 1 sample from 1 lot of Raw Frozen Primal Patties for Dogs Beef Formula. In late April 2022, Primal Pet Foods distributed 66 cases (396 units) of this single lot of patties to Maryland, Georgia, Texas, and British Columbia. No other lot codes or products made by the company are affected by this announcement.

Though Listeria monocytogenes rarely cause illness in dogs, it can occur with mild symptoms (eg, diarrhea and vomiting).1 Dogs without symptoms can even be carrier of the bacteria and spread it to humans. If a dog has eaten the recalled product, pet owners are urged to contact their veterinarian.

Humans can get sick from Listeria monocytogenes by handling contaminated food or touching surfaces that have been exposed to it. Symptoms can include fever, headache, muscle aches, stiff neck, nausea, abdominal pain, diarrhea, confusion, loss of balance, and convulsions.1 Young children, elderly people, pregnant women, and individuals with weakened immune systems are more vulnerable to infections caused by the bacteria. If you have experienced symptoms after handling the product, the company advises you to consult your healthcare provider.

According to the release,1 Primal Pet Foods has received no complaints or reports of illness to pets or humans associated with the recalled product.

Primal Pet Food uses a "test and hold" protocol to ensure that all products test negative for dangerous bacteria before being distributed for sale. Primal Pet Foods confirmed that all testing results on this single lot of recalled product were negative for Listeria monocytogenes before it left its production facility.

Primal Pet Food has advised that if a pet owner has a product from this single lot, they should stop feeding it to their pet and discard it instantly. 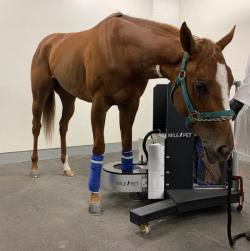 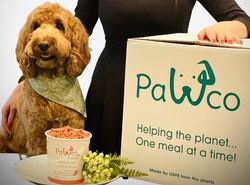