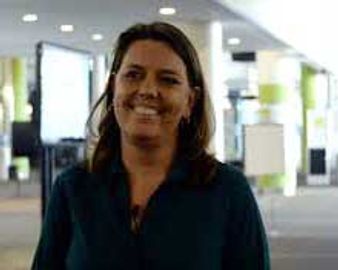 Dr. Shawn Finch grew up in Omaha, Neb., and received her veterinary degree from Iowa State in 1998. She is a member of the American Veterinary Medical Association and of the Nebraska Academy of Veterinary Medicine and serves on the Veterinary Economics Editorial Advisory Board. Her family includes her husband, their two daughters, Noodle the Poodle, Joy the puppy and Max the cat.

Show these gentle, fluffy giants some love with these breed of the month social media posts.

Maine coon cats are popular for their gentle giant nature and soft, fluffy fur. They have a reputation for a friendly nature and a love of play. Use these prewritten Facebook posts and Tweets to show this breed some love on your veterinary practice's social media accounts.

Our breed of the month is the Maine coon cat! Please post pictures of your gentle giants!

Maine coons have a muscular build, thick fur around their neck, tufted ears and a big, fluffy tail.

Maine coons are friendly, intelligent, gentle and playful. They get along well with children, dogs and other cats and tend to be very outspoken!

The Maine coon is one of the oldest domestic cat breeds originating in the United States. Maine coons probably started as sailor's cats. It's likely that their ancestors arrived in America centuries ago on ships from Europe and mixed with the native feral cats to produce the first Maine coons.

Love your Maine coon? We do too! However, we know that Maine coon cats are more likely to develop feline hypertrophic cardiomyopathy than cats overall. A test is available that identifies one of the genes associated with the disease. http://www.ncstatevets.org/mainecoonhcm/

Love your Maine coon? We do too! However, we know that hip dysplasia is common in the cat breed, but not in cats overall. Hip dysplasia can be one cause of arthritis in cats. How have you helped your cats with arthritis?

Love your Maine coon? We do too! However, we know that spinal muscular atrophy is a neurological disease more common in Maine coons than other cats. Muscular weakness begins as early as 3 months of age. Though the disease causes loss of function, it's not painful. http://www.mcbfa.org/healthfiles.html

A 5-year-old artist with autism found inspiration in her Maine Coon cat <3 http://www.independent.co.uk/life-style/health-and-families/health-news/fiveyearold-autistic-artist-iris-grace-finds-inspiration-in-her-cat-thula-9796031.html

Maine coon cats are the largest of all domestic cats, weighing up to 25 pounds! #BreedOfTheMonth

Polydactylism (having more toes than normal) is common in Maine coons, but polydactyl cats may not be shown. #BreedOfTheMonth

Maine coon cats take three to five years to grow to their full size! Most cats take one year to mature. #BreedOfTheMonth

The Maine coon is one of the most popular cat breeds in the US. via @petMD http://www.petmd.com/cat/breeds/c_ct_maine_coon #BreedOfTheMonth

The Maine coon is the official cat of the state of Maine. #BreedOfTheMonth

A Maine coon was the first cat to win first place at a national cat show in America in 1895. via @CFAORG #BreedOfTheMonth 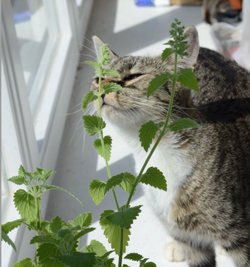