Much of the supportive management recommended for osteoarthritis in dogs, such as weight loss and controlled exercise, is applicable in cats but is often more difficult to implement. Overweight cats should be placed on a carefully monitored weight-loss program; several good commercial diets are available to achieve set goals. With creative use of toys and owner participation, exercise can be encouraged in cats.

Chronic pain may prevent some cats from grooming, and owners must perform this task, although the cats may resent this until pain is reduced to a tolerable level. Environmental modifications can simplify a cat's daily routine, such as placing food bowls and litter boxes in positions that do not require leaping or jumping. If cats cannot leap onto favorite resting places such as window ledges and cat towers, it impacts their quality of life. Owners can construct ramps and steps so cats may still reach these spots.

Any drug prescribed to treat chronic pain must be in a formulation that is simple to administer and well-accepted by cats to ensure optimal owner compliance.

NSAIDs. The mainstay of drug therapy for osteoarthritis in most species is an NSAID. These drugs pose a challenge in cats because of cats' susceptibility to NSAID toxicosis, especially with long-term dosing. Pharmacokinetic data are only readily available for single doses of NSAIDs in cats.* Most NSAIDs have a relatively long half-life in cats, and repeated dosing must be administered and monitored carefully to avoid toxicosis. For example, gastrointestinal toxicosis has been reported with carprofen,8 and based on clinical experience, toxicosis is generally associated with concurrent disease and prolonged administration of the oral formulation.Problems with repeated dosing are likely a result of individual variation in pharmacokinetics because the half-life of carprofen in cats can vary from nine to more than 40 hours.9,10

One NSAID sometimes used to treat the pain and inflammation associated with osteoarthritis in cats is meloxicam, a COX-2 selective NSAID available as an injectable and oral formulation. The injectable formulation is licensed in the United States for use in cats to treat postoperative pain and inflammation but only as a single 0.3-mg/kg dose administered subcutaneously before surgery. The honey-flavored oral liquid meloxicam marketed for dogs is widely used (extralabel) in cats in the United States because it is palatable and small doses are easily measured. An oral formulation of meloxicam is now labeled for long-term use in cats with musculoskeletal disease in many other countries; the registered dose is 0.05 mg/kg once daily.

One published study evaluated the use of short-term NSAIDs for musculoskeletal pain in cats. Sixty-nine cats with acute or chronic locomotor disorders were randomly assigned to receive oral meloxicam or oral ketoprofen.11 Both drugs were equally effective based on general attitude, appetite, weight-bearing, lameness, and pain on manipulation, but meloxicam was more palatable and easier to administer. In a prospective study of 28 cats, many cats with osteoarthritis improved within one month with meloxicam intervention; 61% showed a marked improvement, 14% showed a moderate improvement, and 25% showed a slight improvement.5

In a recently published study of 40 cats with osteoarthritis that were treated with meloxicam (0.01 to 0.03 mg/kg once daily orally) for 5.8 ± 3.4 months,12 85% of owners scored the efficacy of meloxicam as good or excellent and thought that palatability was excellent. The 40 cats with osteoarthritis were paired with 40 control cats of similar age (12 or 13 years). No difference was noted in illness events (type or number) between the two groups. No differences were found in serum creatinine concentrations between enrolled and control cats before and after treatment. Three cats with preexisting renal disease were enrolled in the meloxicam group, and the renal function of these cats did not deteriorate faster than that of the three cats in the control group that had similar blood urea nitrogen and serum creatinine concentrations; however, no statistical analysis was possible because of the small number of cats in this category.

With care, oral meloxicam can be used long-term in cats, and doses lower than those approved for use in cats in other countries can markedly improve their comfort. Most owners are able to gradually decrease the dose to that which keeps their cats comfortable; the key to successful long-term NSAID administration in cats is to use the lowest effective dose.

The most common side effect of orally administered meloxicam in cats is gastrointestinal upset. In one study, 18% of cats showed intermittent signs of gastrointestinal upset (vomiting or diarrhea),5 but the signs were not severe enough to terminate treatment in any cat. In the largest clinical study to date,12 four out of 46 cats vomited during meloxicam treatment, and two of these cats were withdrawn from the study.

As with dogs, monitor cats receiving NSAIDs for chronic pain for side effects related to renal and hepatic function and gastrointestinal erosions. No monitoring guidelines have been established, but a serum chemistry profile, packed cell volume, and total protein measurement are recommended before you initiate treatment and should be repeated at one and four weeks. After this, the timing of follow-up blood work is arbitrary and will vary in each patient. As with dogs, it is important to discuss the possible side effects of these drugs with the owner, and if vomiting or anorexia occurs, the client should stop administration and seek veterinary advice. It is also imperative to inform the owner that under no circumstances should any over-the-counter anti-inflammatory drugs such as aspirin be given in conjunction with an NSAID. Continual reassessment of the patient both by the veterinarian and owner is important so that the dose can be tapered to the smallest effective amount.

Opioids. In my experience, because of their side effects such as euphoria, inappetence, and constipation after long-term use (days or weeks), opioids are best reserved for terminal or hospice care in cats or for occasional breakthrough pain while the cat is receiving other analgesics or undergoing other treatment modalities.

Other analgesic drugs. The role of other drugs in alleviating chronic osteoarthritis-related pain has not been well-studied in cats. Several drugs have, however, been suggested.

Tricyclic antidepressants including amitriptyline, clomipramine, and imipramine can provide relief in people with chronic neuropathic pain and are thought to alter the actions of serotonin and norepinephrine both centrally and peripherally.13 Anecdotal reports suggest that amitriptyline (between 2.5 and 12.5 mg for an adult cat orally once a day) may be effective for chronic pain syndromes in cats including osteoarthritis.

The anticonvulsant gabapentin is clinically effective in relieving some types of chronic pain in people, although the mechanism of action is not clear.14 Individual case reports demonstrate that gabapentin shows promise in cats,15 and doses starting at 10 mg/kg given orally twice a day have been suggested.16 Some animals become sedate and occasionally ataxic when given gabapentin. These signs may decrease as a cat acclimates to the drug or can be managed by decreasing the dose. In my experience, the tablet and capsule formulations of gabapentin are more palatable and easier to administer to cats than the liquid oral formulation, and they don't contain xylitol.

Although not classified as an opioid, tramadol has weak binding affinity at mu-receptors. It is thought to activate monoaminergic spinal inhibition of pain, although this may not apply to nonprimate species. It can be administered by multiple routes, including orally, is effective for relieving moderately severe acute and chronic pain in people, and seems remarkably devoid of the usual undesirable side effects of opioids such as respiratory depression and tolerance.17 The pharmacokinetics of tramadol and its major metabolite has recently been reported in cats18 ; doses in cats would likely be less than those in dogs (on a mg/kg basis) and the dosing interval may be longer. As of yet, no published studies have reported tramadol's efficacy for relieving osteoarthritis pain in cats. The chief problem with tramadol is its bitter and unpleasant taste, which makes administering it to cats difficult, even after compounding with fish or chicken flavors.

Rehabilitation therapy (underwater treadmill, passive range of motion, creative exercise techniques), nutraceuticals (e.g. chondroitin sulfate), and acupuncture are also used to treat osteoarthritis in cats with varying success. Many cats are more tolerant of these interventions than you might think. 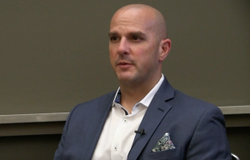 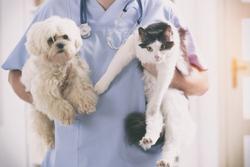