Aimed at both veterinarians and physicians, this free program aims to foster the practice of One Health concepts related to the human-companion animal bond.

While the World Small Animal Veterinary Association (WSAVA) believes the general concept of One Health is well understood with regard to production animals, wildlife, the environment and human health, the association says the human-companion animal bond component of One Health remains underappreciated. To help bridge this knowledge gap, the WSAVA One Health Committee (OHC) has launched the first certificate program focused specifically on the role of companion animals in One Health.

Led by OHC Chair Michael Lappin, DVM, PhD, DACVIM, from the Center for Companion Animal Studies at Colorado State University, the program is geared toward both veterinarians and physicians. It is free for WSAVA members and will include 20 modules developed by experts in the field of companion animal One Health.

In addition to topics such as zoonotic infectious disease, comparative and translational clinical research, and domestic violence and animal abuse, the modules will cover specific One Health issues such as canine rabies, leishmaniosis and obesity.

“I encourage all WSAVA members to sign up to the program to become certified as a WSAVA One Health practitioner,” says Michael Day, BSc, BVMS (Hons), PhD, DSc, DECVP, FASM, FRCPath, FRCVS, WSAVA honorary treasurer and OHC founding chairman, in a press release announcing the program. “We hope it will also prove valuable for our human physician colleagues, strengthening the links between our professions.”

Several factors drove the creation of this program, according to the release, including the rapidly growing popularity of pet ownership throughout the world, the diversity of animals now considered to be “companions” around the world, and the fact that free-roaming dogs and cats often interact with their human communities.

As the human-animal bond continues to evolve and increase in these specific ways, WSAVA acknowledges that the potential for transmission of zoonotic disease increases.

Each module in the program ends with an assessment, and those who complete the assessments for all modules will receive a certificate for in-clinic display. For U.S. practitioners, each module is RACE-certified.

Modules are being added weekly to the lecture series website, with the full 20 lectures expected to be available in the coming months. 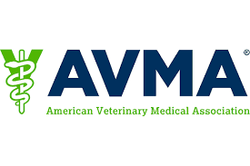 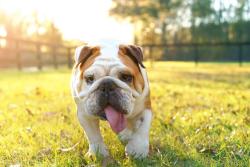