Neurologic imaging know-how: What they didn’t teach in vet school

Dr. Packer is an associate professor of neurology/neurosurgery at Colorado State University College of Veterinary Medicine and Biomedical Sciences in Fort Collins, and is board certified in neurology by the American College of Veterinary Internal Medicine. She is active in clinical and didactic training of veterinary students and residents and has developed a comparative neuro-oncology research program at Colorado State University.

Magnetic resonance imaging is becoming more common in veterinary medicine, so brushing up on the latest advances should be a no-brainer.

Veterinary medicine is constantly evolving, and our vet school education can become outdated fairly quickly after graduation. At the Fetch dvm360® virtual conference, Fred Wininger, VMD, MS, DACVIM (Neurology),presented neurologic imaging and clinical disease information that has emerged fairly recently and may not have been included in your veterinary school lectures.

With the increased use of magnetic resonance imaging (MRI) in veterinary medicine, and the development of low-field MRI units that do not require shielded rooms, this imaging modality is expected to become even more commonly available in the near future. Wininger predicts that if they haven’t already, general practitioners will soon be faced with having to evaluate or explain MRI studies to clients, yet MRI interpretation is not commonly taught in much depth in the curriculum.

When to use computed tomography

CT is based on density of tissues, with air being the least dense, and thus darkest, while bone is the most dense, and thus brightest. Hypodense tissues seen within the nervous system include fluid (eg, edema, cerebrospinal fluid [CSF]), fat, and chronic hemorrhage. Hyperdense tissues include mineral (bone), acute hemorrhage, and fibrous or densely cellular tissue. There remain some advantages of CT, and this modality is still used in veterinary neurology. CT scanning is faster than MRI scanning, allows for a lot of image reconstruction opportunities post acquisition, and can be used in patients in which metal is present in the body. CT is also very good at identifying acute hemorrhage as well as fractures. As such, it is often used in cases of traumatic brain injury.

Disadvantages exist as well. Not only does CT use ionizing radiation, which can result in exposure to anyone present in the field, but the dense bones of the skull base can also cause “beam hardening artifact,” in which the density of the bone causes a lack of signal in some adjacent areas of the brain, making identification of lesions in those areas difficult. CT also lacks soft tissue detail compared with MRI. For this reason, Wininger explained, outside of traumatic brain injury, CT is never an appropriate modality to evaluate the brain, as large tumors or soft tissue lesions can be missed.

The advantages of magnetic resonance imaging

The advantage of MRI is the degree of soft tissue detail it provides. Wininger described this advantage using what he refers to as “the radiology buzzword of the millennium”—conspicuity. Conspicuity is the state by which objects become conspicuous so that we can diagnose them. We want to use the imaging modality that will make the tissues or lesions we are most interested in stand out from the background. Conspicuity, he further explained, is a measure of contrast and resolution, both of which are achieved with MRI.

MRI measures the process called “precession” of protons in the various tissues (precession being similar to the movement of a spinning top). This measure takes advantage of the inherent behavior of the protons of various tissue types. A radiofrequency pulse knocks all the protons into alignment, and then these protons again become out of sync in terms of the phase and direction of the “spinning top,” as they precess back to their native state. The timing of this precession is measured by the MRI and represented as whiteness or intensity. Substances that have fewer protons, such as air, dense mineral, and fibrous tissue, give a weaker MRI signal and thus appear dark or black. Flowing fluid also appears dark on MRI, not because of the lack of protons but because the protons flow out of the field of view before the MRI picks up on their precession.

T1 and T2 weighting are sequences acquired using MRI that distinguish tissue types depending on the various characteristics of precession that we ask the computer to measure. On T1-weighted images fat is bright and fluid is dark. On T2-weighted images fluid and fat are both bright. Wininger explained that the most important image type (or sequence) used in neurology is the T2-weighted MRI image. This is because most neurologic lesions have some amount of fluid in them (eg, edema, hemorrhage). The fluid attenuated inversion recovery (FLAIR) image is similar to a T2-weighted image but voids out low-protein fluid such as CSF. Why is this important? Wininger explained that when lesions are adjacent to CSF fluid spaces, they are difficult to see. FLAIR images allow these lesions to become more visible or conspicuous by making the CSF spaces appear dark next to the brighter lesions. Another helpful MRI sequence is called the gradient echo (or T2*, pronounced “T2 star”). Gradient echo images take advantage of the paramagnetic effect of hemorrhage, in which blood or areas of hemorrhage in the brain show up dark. The short tau inversion recovery (STIR) sequence voids out fat signal, allowing lesions in the spinal cord to become more visible once the normally bright fat signal is suppressed (dark) and no longer attracting our eye.

Intravenous contrast agents further take advantage of the magnetic susceptibility of MRI, because they are paramagnetic. Contrast agents highlight pathology that is either vascular or associated with a breakdown in the blood-brain barrier. Examples of lesions that enhance with contrast agents include tumors and meningitis.

With the introduction of MRI in veterinary neurology, Wininger said, we began to recognize conditions that had not been recognized prior to MRI scanning.

One of these conditions is caudal occipital malformation syndrome (COMS), formerly called Chiari-like malformation. The MRI appearance of COMS involves presence of a crowded cerebellum, in which the caudal aspect of the cerebellum appears flattened or concave, concurrent with the presence of syringohydromyelia, in which fluid compartments are present within the spinal cord.

Wininger noted that the severity of MRI findings is not correlated with the severity or even presence of clinical signs, and some dogs may have MRI findings consistent with COMS but lack any clinical manifestation of the disease. When patients are clinical, the primary signs are phantom scratching at base of head or neck and/or pain. Wininger cautioned that primary secretory otitis media can cause similar scratching as a clinical sign, and so should be considered as a differential diagnosis.

Another condition that was initially thought to occur rarely in veterinary patients—and not historically taught in veterinary school—is cerebrovascular disease (stroke). With the adoption of MRI in veterinary medicine, we now know that strokes do occur in dogs and cats. Ischemic strokes, caused by vessel occlusion, are the most common type, although hemorrhagic strokes (vessel rupture) may also occur.

Strokes can be peracute or acute, and may worsen in the 24 hours after onset, after which clinical signs tend not to progress. Middle-aged to older dogs appear most affected; however, the age range is wide.

Wininger explained that there are some differences between strokes in animals and humans. In humans, he said, the cause is often atherosclerosis, whereas in animals we rarely can identify a cause. Where causes are identified, they include chronic kidney disease (and secondary hypertension), hypothyroid-associated atherosclerosis, septic emboli, and untreated hyperadrenocorticism, among other less common underlying causes. Hypercoagulability is considered, but most coagulation screens are normal.

Brain atrophy with small microbleeds is another disease identified after the introduction of MRI in veterinary medicine. Geriatric dogs may have loss of brain parenchyma, and this brain atrophy may also co-occur with little “microbleed” strokes throughout the brain. The difficulty with this condition, Wininger said, is that we do not always know whether these findings are incidental or causative to the clinical signs that prompted the MRI study.

Veterinary medicine has changed dramatically with the advancements that have occurred in diagnostic imaging. Wininger’s talk provides valuable information about these latest imaging modalities as well as the clinical diseases that have been identified since MRI has become more prevalent in veterinary medicine and clinical neurology. 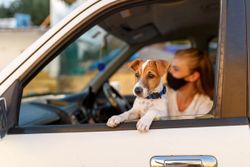 5 ways to establish a gold standard for curbside care 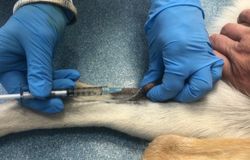 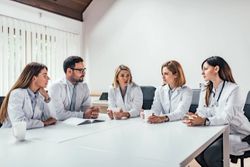