The goal of the new animal community alliance is to unite veterinary professionals and pet lovers throughout the United States to support animals in a host of ways.

In advance of its annual Veterinary Meeting & Expo (VMX) this weekend, the North American Veterinary Community (NAVC) has announced the launch of "embrace," an advocacy program that provides veterinary professionals and pet owners with a platform to advocate for animals everywhere.

“embrace” members will receive emails with updates on proposed legislation, rules and regulations impacting animal health, like these:

Often these emails will include a call to action such as signing a petition, emailing policymakers, tweeting representatives and making phone calls. Members will also have exclusive access to advocacy webinars, training and in-person meetings with government officials.

“What makes ‘embrace’ ... so unique is we bring together all members of the pet-loving community—veterinary professionals and pet owners—to advocate on behalf of animals everywhere,” said NAVC interim CEO Eugene O’Neill in a press release from the organization. “Through the NAVC’s global community of 500,000 veterinarians and other animal healthcare leaders, ‘embrace’ provides a powerful platform for us to work together to build a better future for animals.”

During VMX, attendees will have the opportunity to join “embrace” and support these bills by visiting its advocacy booth in the Orange County Convention Center South Conference across from Room S210. If you’re interested but won’t be at the conference, click here to join. 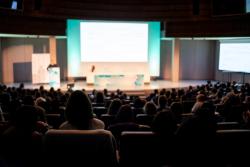