Just 41 percent would recommend the profession to a friend or family member; financial stress is a serious concern.

Shutterstock.comThe findings of a study spearheaded by Merck Animal Health, unveiled Feb. 6 during VMX in Orlando, Florida, show that veterinarians are not plagued with mental health problems when compared with the general population, but they do experience significant stress-or, put another way, lower levels of well-being.

“The good news is that veterinary medicine does not have a mental health crisis,” analyst John Volk of Brakke Consulting told the dvm360 team during a private briefing on the results of the study, an extensive investigation of veterinarians designed to quantify the prevalence of mental illness and stress in the veterinary profession.

“But we have to do something,” chimed in Elizabeth Strand, PhD, LCSW, director of veterinary social work at the University of Tennessee and another study collaborator. “We don't have to panic, but we can't ignore what we've learned.”

An online survey was conducted by Brakke Consulting in November 2017 among 3,540 of a sample of 20,000 randomly selected veterinarians in the U.S. Data were weighted based on age, gender and region of the U.S. All data were tested for statistical significance at the 95 percent confidence level. For the sample as a whole, the maximum margin of error is +/- 1.62 percent.

Conducted by Brakke in collaboration with the AVMA and Merck Animal Health, the study involved survey results from more than 3,500 veterinarians, with results weighted based on age, gender and region to accurately represent the U.S. veterinary population. To gauge mental health, the study relied on the Kessler Psychological Distress Scale, a scientifically validated tool for measuring serious psychological distress. For well-being, researchers used a customized index created from three widely accepted measures.

Investigators also compared results from veterinary respondents to employed adults in the University of Michigan Panel Study of Income Dynamics, the longest-running longitudinal household study in the world, according to a release from Merck. This comparison allowed researchers to benchmark findings from the veterinary population against those of the general public.

“This survey is unique in that, for the first time, a nationally representative sample of veterinarians in the U.S. were asked about their well-being, which is a broader measure of happiness and life satisfaction than mental health alone,” says Linda Lord, PhD, DVM, of Merck Animal Health, formerly associate dean at The Ohio State University College of Veterinary Medicine. “Based on the survey results, we are particularly concerned about younger veterinarians.”

Here are some key findings from the Merck Animal Health Veterinary Wellbeing Study:

Two-thirds of respondents feel serious stress; of these, 80 percent are associate veterinarians.

Only half of veterinarians with serious psychological distress are seeking help, creating a large mental health treatment gap. This is compounded by the fact that only a few employers offer employee assistance programs, the release notes.

“This is a very important finding for me,” says Dr. Strand. “Obviously there is still a stigma attached to seeking help. And we have to change that.”

In addition, only 16 percent of respondents had ever accessed resources regarding well-being and mental health through national or state veterinary organizations, reflecting a potential lack of awareness of these resources' existence.

Veterinarians experience slightly lower levels of well-being than the general population. Well-being is defined as “how you feel about your life compared with the ideal,” Volk says. While veterinarians are legitimately worse off in this area than those in other professions, he continues, the good news is that well-being can be elevated through lifestyle changes-in contrast to to serious psychological distress, which often requires therapy, medication or both to alleviate. Some additional findings regarding contributing factors and mitigating factors:

Here are the action steps that can elevate well-being and alleviate stress, according to a presentation during VMX by John Volk, Dr. Elizabeth Strand and Dr. Linda Lord.

Develop a stress management plan with help from a mental health professional or coach.

Consult with a financial planner.

Look for signs of psychological distress in themselves.

Seek help or encourage others to seek help.

Show support for others' efforts toward promoting well-being-e.g., If they want to go home on time to be with family, support their decision.

In the general population, 70 percent of employed adults would recommend their profession to a friend or family member, and 51 percent of human health physicians would do the same.

Beyond solving the challenges of high student debt and low incomes, which the entire profession is wrestling with, it's important for both individuals and organizations within the profession to take action in response to these study results, organizers say.

“Most vets are mentally well but they have poor well-being,” Volk told the dvm360 team. “They tend to work on small teams in isolation from each other, so they think, ‘This must be just me.' This study normalizes it, which might be the impetus for a key lifestyle change.”

Dr. Strand agreed, adding, “It would be great if we could start to see veterinarians applauding each other for leaving at 5:00, even if that creates slightly more work for the rest of the team. If that starts to happen, veterinarians will find it easier to take action to take care of themselves.” 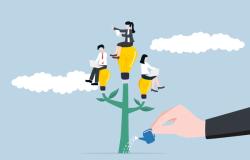