Learn the signs and common treatments for the chronic and acute complications that may develop so you can help catch them early in your feline patients.

Diabetes mellitus results from the dysfunction of pancreatic beta cells or from insulin resistance. Compared with diabetic people, diabetic cats seem to develop fewer long-term complications. The most common complication is simply an inability to keep good control of blood glucose concentrations.

Here are the signs and common treatments for the chronic and acute complications that may develop so you can help catch them early in your feline patients.

The most common complication in cats that are chronically hyperglycemic is diabetic neuropathy—about 10 percent of cats are affected. The progression to this condition may take several months, and, if properly treated, it can resolve within six to 12 months. The femoral nerve is most commonly affected.

An affected femoral nerve can lead to a plantigrade gait, which is walking on the whole sole of the foot (e.g., like rabbits, bears, and people). In cats, this gait takes the shape of walking on hocks (heels), and the tarsal joints and nerves of the hind legs are progressively damaged, leading to pain, numbness, and weakness or paralysis. The first sign of neuropathy in cats is often weak hind legs. As the condition progresses, the cat won't be able to stand on its toes. Jumping will become increasingly difficult until it's impossible. Eventually, the cat's legs will seem to slip out from under it, and the cat will be unable to walk. These are signs of motor and sensory nerve damage.

Fortunately, in the early stages, this damage is reversible by regulating blood glucose concentrations. Regulation alone is the treatment of choice to reverse neuropathy in cats. However, some anecdotal evidence suggests that a specific form of vitamin B12, methylcobalamin, may help these patients recover more quickly. Methylcobalamin is thought to promote nerve regrowth and can be absorbed in the spinal fluid. It is not the same as the injectable B12 given to cats that have a true deficiency due to gastrointestinal disease, and it is typically referred to as methyl-B12. A veterinarian should be consulted before using this product.

Again, the primary treatment is regulating blood glucose concentrations. There is no research to support the use of methylcobalamin for treating peripheral neuritis in cats, but it may result in faster resolution and is relatively safe to use. The neuropathy generally resolves once good glycemic control is achieved.

Although a late sign of diabetic nephropathy, azotemia can be reversed with good diabetic control. Laboratory values do not differ from those of a patient with chronic renal disease—typically, blood urea nitrogen and creatinine concentrations are elevated, and urine-specific gravity is below 1.020. Often, hyperphosphatemia and hypokalemia also are present on laboratory work. The long-term prognosis for cats with diabetic nephropathy is good as long as it is identified early and good glycemic control is achieved.

Affected cats are treated the same as cats with chronic renal disease. There is no diagnostic tool to absolutely distinguish between diabetic nephropathy and chronic renal disease. Renal biopsies may be performed but are not done routinely in these cases. There are many overlapping similarities between the diseases that keep biopsy tests from being definitive, and the findings are not likely to alter treatment. Renal biopsies are most valuable in cases of acute renal disease in which the inciting cause and best treatment options are in question.

This complication always results from the combination of severe insulin deficiency and increased diabetogenic hormone concentrations. Diabetic ketoacidosis leads to a trifecta of conditions—hyperglycemia, hyperketonemia, and acidosis—that, if not dealt with quickly, will result in death. Basically, a deficiency of insulin and a relative excess of glucagon and other hormones leads to increased lipolysis and an overproduction and underutilization of glucose and ketones. This produces metabolic acidosis. Osmotic diuresis from hyperglycemia and ketonemia results in dehydration and electrolyte depletion. Preexisting illnesses such as chronic kidney disease, pancreatitis, neoplasia, asthma, or hyperthyroidism can hasten the onset of diabetic ketoacidosis. Concurrent disease is common in cats with diabetic ketoacidosis.

Diabetic ketoacidosis is diagnosed based on clinical signs such as polydipsia, polyuria, polyphagia, weight loss, vomiting, anorexia, lethargy, muscle wasting, dehydration, icterus or hypothermia, persistent hyperglycemia, and glucosuria, as well as the presence of ketones. Diabetic ketoacidosis is associated with nonspecific signs, and severely affected animals may present in shock or be comatose without any supporting history. With the right questions to owners, you may discover that signs more typical of diabetes mellitus were present.

Treatment is based on the patient's signs and laboratory values, but it generally includes rehydration and electrolyte stabilization and restoration as well as regaining control of blood glucose through insulin supplementation. Laboratory values are closely monitored until the patient is stabilized and blood glucose concentrations are well-controlled.

Hypoglycemia can be a dangerous side effect of overdosing insulin. Too much insulin triggers the body to continue processing glucose, ultimately resulting in dangerously low blood glucose concentrations. Also known as insulin shock, hypoglycemia can be fatal.

Clinical signs that cats with hypoglycemia exhibit may include polyphagia, lethargy, restlessness, acute blindness, ataxia, confusion, seizures, or unconsciousness. Treatment depends on the severity and can vary from the administration of oral glucose (corn syrup or honey) to hospitalization. Keep in mind that the blood-glucose-raising effects of syrup will last only a short time. So after this emergency treatment, food should be provided. If the insulin is long-lasting or if the hypoglycemia is severe, the effects of the syrup will wear off, and the hypoglycemia could return. Owners should continue to observe the cat and give syrup or syrup and food as needed.

Even if this immediate therapy appears to do the trick, blood glucose concentrations will still need to be monitored until the veterinarian is confident that they are once again regulated. Also, the veterinarian will want to review the cat's insulin dosing and administration with the owner and discuss any additional factors that may have contributed to the hypoglycemic event. Some possible causes of hypoglycemia in cats being treated for diabetes include accidental overdose (multiple household members giving injections and not communicating), incorrect dosage (confusion with dosage syringes), incorrect insulin type being administered, inappetence or vomiting, or increased activity that causes increased glucose use. It is important to discuss these scenarios with pet owners so that they can give a complete account.

It's also crucial to remind clients that short-term or temporary hyperglycemia probably won't harm their cats, but hypoglycemia can easily kill them.

Although not common in cats, cataracts, or lens opacities, from chronic hyperglycemia can develop but tend to be much less severe than those seen in poorly controlled diabetic dogs, and blindness is rare. Dogs are at a much greater risk of developing cataracts and secondary vision impairment. Depending on the degree of glycemic control and presence of underlying ocular problems (retinal disease or uveitis), most diabetic cats (and dogs) with cataracts can have restored vision with surgery. Once the damage has progressed to vision impairment, the only two options are living with blindness or surgical repair.

Many complications may occur in diabetic cats. The conditions discussed in this article are either common occurrences or conditions that cat owners are deeply concerned about or exercise control over. The best way to prevent them is to regulate and control blood glucose concentrations through appropriate insulin therapy, diet, and the close monitoring of blood glucose concentrations.

Robin Sereno is the nursing coordinator and supervisor for the Small Animal Internal Medicine Service at the University of Wisconsin Veterinary Medical Teaching Hospital in Madison, Wis.

The relationship between fear and pain 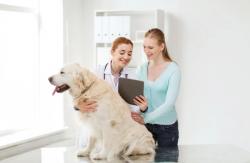 Technology and the ability to care for our patients