Letter to dvm360: Clashing concerns about CBD and veterinary medicine

An attorney who consults in the animal health industry says that, contrary to a recent dvm360 article, cannabidiol is not illegal. The author, veterinary pharmacologist Dr. Dawn Boothe, responds.

Catch up on our CBD coverage

10/30: How CBD is changing the pet treat industry

10/22: ACVC 2019: The CBD discussion: What veterinary professionals need to know

10/15: ACVC 2019: Veterinarians: Get involved in the cannabidiol conversation

5/29: Wrangling the topic of CBD with your veterinary clients

5/28: The future of alternative medicine: Let's talk about cannabidiol

1/24: 5 quick Q&As on cannabidiol use in veterinary practice

The 2018 Farm Bill explicitly removed hemp and its derivatives-which includes CBD-with less than 0.3% tetrahydrocannabinol (THC) from the Controlled Substances Act. This change became effective Dec. 20, 2018, which is when the 2018 Farm Bill was enacted. Dr. Boothe's statement that “the USDA anticipates that these protocols [for approving an industrial hemp crop] will be in place by the end of 2019 and until that time, all CBD falls under the current DEA Controlled Substances Act and thus is considered a Schedule 1 substance” is contrary to the current law.

Dr. Boothe's statement that there are no legal hemp CBD products is also inconsistent with current law. The USDA legal opinion, issued May 28, 2019, said that hemp with less than 0.3% THC is legal as long as it's (1) from a grower with a USDA-issued license to grow hemp, (2) produced under a USDA-approved state plan or (3) produced under a program authorized under the 2014 Farm Bill industrial hemp pilot program. Although there are no USDA-issued licenses or approved state plans yet, hemp and its derivatives are legal as long as they have less than 0.3% THC and are not a food or a drug.

At the state level, many states do not consider hemp CBD to be a controlled substance-not the other way around, as Dr. Boothe says. Also, several states have laws that explicitly allow the commercial sale of hemp products.

Finally, Dr. Boothe's statement that “anyone can grow hemp” is incorrect, as the 2018 Farm Bill prohibits anyone with a federal or state felony conviction relating to controlled substances from growing hemp. An exception is someone whose conviction occurred before Dec. 20, 2018, and who legally grew hemp under the 2014 Farm Bill before that date.

Currently, hemp animal supplements are legal federally and in many states as long as they are not marketed to prevent or treat a disease and not a food. There are a growing number of states, however, where hemp is allowed to be added to pet food.

Given the changing laws and confusion around existing ones, I encourage veterinarians to talk to an attorney knowledgeable about the FDA, hemp and veterinary practice laws to determine whether they can use or sell hemp animal supplements.

Editor's note: Evans is VP and general counsel for ElleVet Sciences (a provider of hemp products that contain CBD) as well as individual veterinarians.

First, thank you to Stacey Evans for taking the time to offer these points for consideration. This is a confusing issue that remains a moving target, and any opportunity to clarify is appreciated.

I did not state that there are no legal hemp CBD products. I wrote, “Although verified derived products have been removed from Schedule 1 status, and although there is now a potential for a broad expansion of commercially available CBD products, all CBD is not ‘legal.' Only CBD that has demonstrated to be derived from industrial hemp will be legal.” As such, my statement was not contrary to the current law.

While the federal government and many states have legalized industrial hemp, the operative words here are “currently no USDA-issued licenses,” as Evans states. The 2018 Farm Bill stipulates that states or Native American tribes seeking primary regulatory authority over hemp production would be required to implement a “plan” to further monitor and regulate hemp production.

The bill goes on to state that for the 2019 season, the 2014 Farm Bill rules and regulations will be followed (presumably until the USDA has put procedures into place). As such, a frustrating question is that, if there are no current USDA-issued licenses as delineated in the 2018 bill, then how can a product be verified to be industrial hemp, not marijuana?

Verifying this is difficult. I reached out to the agency in Alabama overseeing our state's industrial hemp program. Although the state of Alabama has “approved” an industrial hemp program, oral communication with an officer at that department indicates that this agency has not yet chosen to “remove or prosecute” persons selling CBD- or hemp-based products because they're waiting for the USDA to set the guidelines. As indicated by the written guidelines, in the state of Alabama, while persons might be able to possess the products, they cannot legally sell the products (Figure 1).

Figure 1. Directive from the state of Alabama regarding its industrial hemp program. (Click to enlarge.)Although Evans and I agree that many states do not consider hemp CBD to be a controlled substance, for CBD to be legal in a state it must be legal both at the federal and state levels. The point of my statement was that relevant laws occur at both the federal and state levels, and both must be followed. At the time the original article was written, some states continued to consider CBD, regardless of its origin, to be a Schedule 1 substance and thus subject to DEA oversight. And, as is noted in the state of Alabama's guidance, state laws and regulations may be stricter than federal laws and regulations. I advised prudence and familiarity with all levels of the law.

A person interested in growing industrial hemp can do so even if a state declines to participate. Ultimately, the USDA will determine whether any person can grow it. The USDA will have many requirements and exclusions, but it was beyond the intent of my update to delineate all of them.

As for supplements, all of those used in animals will be regulated by the FDA as either food or drugs. If I'm not mistaken, the FDA will not allow an ingredient to be included in food until that ingredient has been demonstrated to be “generally recognized as safe” (GRAS). I don't think CBD (regardless of the source) has been demonstrated to be GRAS; indeed, this is one of the reasons the FDA is prohibiting the addition of CBD to (human) foods. 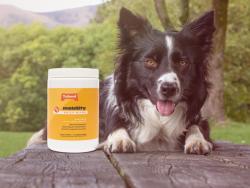