A recent large-scale study evaluated whether supplementing the diet with taurine and L-carnitine can help manage dilated cardiomyopathy in dogs.

Will this food help with my taurine deficiency? (ray_ray/adobe.stock.com)

A possible link between boutique, exotic and grain-free (BEG) dog foods and dilated cardiomyopathy (DCM) is currently under investigation by the U.S. Food and Drug Administration (FDA). First documented in the late 1980s and 1990s, it's well established that cats and dogs fed diets low in taurine have a high prevalence of DCM. A recent study found that subsequent supplementation with taurine and L-carnitine results in improvement or even resolution of clinical signs in nutrition-associated DCM.1

While taurine is not considered an essential amino acid for dogs, the metabolism of taurine and its role in various metabolic processes are not fully elucidated. Taurine is made primarily from methionine and cysteine in the liver and central nervous system of dogs, and supplementation is vital due to low endogenous production.

Recently, BEG foods have become wildly popular, and veterinarians have raised concerns with the FDA due to a perceived increase in diagnosed cases of DCM. The FDA is investigating the potential link, although a direct link between BEG foods and DCM may be difficult to prove because of the complexity of taurine metabolism and its various roles in overall health. A warning issued by the FDA to pet owners and the veterinary community has subsequently panicked some pet owners who feed BEG diets.

In a recent study from the University of California, Davis, golden retrievers were evaluated for taurine deficiencies and treated with taurine and L-carnitine supplements in addition to a prescribed diet change to investigate a potential role of supplementation in improving and managing DCM.

Included in the study were 24 client-owned golden retrievers with documented DCM and taurine deficiency, plus 52 healthy golden retrievers for comparison. Study dogs were recruited from private and academic institutions between January 2016 and July 2018. Patients were seen and evaluated by board-certified cardiologists or residents under the supervision of board-certified cardiologists. Echocardiograms, diet and medical history, and taurine levels (whole blood, serum and plasma) were collected. Follow-up data were collected 1 year after the initial assessments, if available. DCM was diagnosed in patients with at least two of the following four criteria via echocardiographic measurements and subsequent calculations:

Percent FS and LVIDs were collected in M-mode or two-dimensional imaging from the right parasternal short axis at the level of the papillary muscles. Congestive heart failure (CHF) was also diagnosed in patients if evidence of cardiogenic pulmonary edema was visible on thoracic radiographs or if pleural or peritoneal effusion was present on ultrasound with evidence of DCM via echocardiography. Low taurine levels were defined as less than or equal to 250 (whole blood), 60 (plasma) or 110 nmol/mL (serum). Diets were evaluated for ingredients listed by the manufacturer, calories, crude fiber fed and, on a dry matter basis, total dietary fiber, insoluble and soluble fiber, and moisture content. Caloric requirements were calculated and compared with actual intake for each patient.

Patients ranged in age from 1 to 11 years (median, 6 years). Body condition scores ranged from 3 to 7 on a 9-point scale, with most dogs having an ideal score. Median time between the initial echocardiogram and follow-up was 250 days (interquartile range [IQR], 166-291.5 days). All but one dog with DCM and taurine deficiency were fed BEG diets that were grain-free, rich in legumes or both (nine brands, 13 varieties). Although available commercially, none of the diets in this study were evaluated and tested using established procedures from the Association of American Feed Control Officials, and none met the recommendations from the World Small Animal Veterinary Association.

Nine of 11 (82%) dogs diagnosed with CHF also had resolution of CHF signs, including discontinuation or reduction of diuretic medications. No differences were found in the patients that received L-carnitine supplementation with taurine compared with taurine alone.

Taurine is involved in major biological functions in the body, including conjugation of bile acids and myocardial health, and is thought to play numerous roles in cardiac physiology. Taurine deficiency has been linked to blindness, reproductive issues, central nervous system dysfunction, and more. Although taurine is not an essential amino acid in dogs, they are obligate users of taurine to conjugate bile acids. This fact may contribute to the array of health issues seen in canine patients with taurine deficiency. Additionally, differences in genetics and metabolism may contribute to taurine deficiency in a case-by-case or breed-specific manner. It has even been postulated that differences in the gut microbiota of patients may contribute to taurine metabolism. These variables make a direct determination of causation between taurine deficiency and DCM very difficult.

During a recent session at the Fetch dvm360 conference in San Diego, veterinary nutritionist Donna Raditic, DVM, DACVN, CVA, discussed this study and the connection between diet and DCM. Get her take on this and other nutrition "landmines."

Taurine is usually sourced from animal muscle tissue; however, processing procedures in the manufacturing of dog foods may alter the taurine concentrations found in end products. Some meats, such as rabbit, have lower taurine concentrations, and diets high in fiber might contribute to taurine deficiency in dogs because some sources of fiber, such as legumes, are known to deplete the amino acid. Therefore, it is essential to ensure that your clients are feeding balanced diets that have undergone proper testing and characterization of the nutrition content in commercial foods, including taurine supplementation and mineral requirements.

Handling of blood samples for taurine concentration evaluation may have affected results in this study as the method for measuring taurine levels was not standardized. Multiple reference laboratories were used as well as whole blood, serum and plasma. The current recommendation is to obtain both whole blood and plasma taurine levels together, with a diagnosis of taurine deficiency made if either test yields suboptimal results. In cats, serum has been shown to yield inconsistent results; therefore, serum taurine levels are less ideal than whole blood and plasma samples. Additionally, samples must be handled properly to prevent inaccurate results.

Additional studies are needed to fully understand the bioavailability of taurine in dogs. Given the variability of foods on the market today, coupled with the wide range of variables in taurine requirements and metabolism, the prevalence of nutrition-associated DCM may be much higher than previously estimated. Thus, it may be beneficial to consider routine screening for taurine levels in your patients. We should note that the reference ranges in this study were determined from previous reports in golden retrievers. Reference ranges may vary depending on the breed or individual animal. 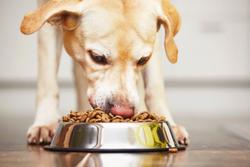 Nutrition credentials and their role in pet food formulation 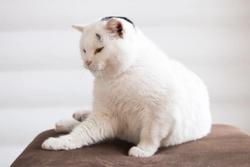