Hungry for veterinary nutrition products? Feed on this!

An amuse-bouche of three new nutritional options introduced at NAVC 2017.

A brain diet from the brains at Purina

For dogs with epilepsy (that's about one in 111), the benefits of medication have to be balanced against the often miserable side effects. And even after excessive tinkering with dosages and drug combinations, more than two-thirds of epileptic dogs continue to experience seizures. Purina is hoping its latest veterinary diet will offer relief to those dogs and new hope to their owners.

Purina Pro Plan Veterinary Diets NC NeuroCare is formulated with medium chain triglyceride (MCT) oil to help nutritionally manage dogs with epilepsy that are also being administered anti-epilepsy drugs. The goal of the diet is to add ketones as an energy source for the brain, an approach used extensively in children with epilepsy. Dogs readily metabolize MCTs to produce ketones, scientists say, and researchers also believe MCTs may have direct anti-seizure effects by blocking certain receptors in the brain.

Purina partnered with the Royal Veterinary College (RVC) in London on a six-month randomized, placebo-controlled, double-blinded crossover study in dogs with idiopathic epilepsy to examine the effects of a diet with MCT oil on seizure frequency when fed as an adjunct to veterinary therapy. Here are some of the results:

Purina developed its NeuroCare diet based on this information. The diet also features eicosapentaenoic acid (EPA), docosahexaenoic acid (DHA), antioxidants and B vitamins, which research has shown can help dogs with cognitive dysfunction syndrome (CDS).

A really broken down diet

If you're on the fence about using a hydrolyzed diet for an elimination trial, think Royal Canin's Feline Ultamino. The hydrolyzation process breaks 95 percent of the protein (chicken feathers!) down to less than 1 Dalton, so it should not spark an allergic reaction.

And your finicky feline patients will rejoice at the news that the diet's palatability was a major focus (other kitties in the household will be jealous).

Another scoop: It's digestible. Using an owner assessed response of whether the “outpoop” was easy to pick up (5) or too close to soft serve (1), this diet scored a solid 4 with the cat owners (dry, but not fossilized).

"Feline Ultamino is the result of 10 years of research and development," says Catherine Lenox, DVM, DACVN, at Royal Canin, which she says started with work in hydrolyzed proteins in baby food for sensitive infants (also involving chicken feathers!).

The food started selling Jan. 1, but the company is trying a new "pre-release" marketing technique after extensive research of its own to get veterinarians to try it and let them know how it's working.

So let them know how it works at https://my.royalcanin.com/contactustechnicalservices.

They say feeding a special diet to one pet in a multi-pet household, for obesity or a clinical condition, is impossible. To that, one company says, ha.

Well, not literally "ha," but they've got a pet feeder exclusively sold through VetSource to solve the problem.

The PortionPro Rx takes any cat or dog kibble, but the output? Not so much. The machine is activated by RFID attachments on pets' collars. Only a pet wearing an “allowed pet” RFID is free to chow down. The offender? When the non-eating pet (the one that's been eating too much or scarfing up the other animal's special diet) gets close, the “denied pet” RFID attachment triggers the slow closure of a panel that seals off the food. Don't worry! If an intrepid food ninja gets a snout, a tongue or a paw into the kibble container, the door will open a bit, wait for a startled exit and then close. No pinch, no squeeze, no yelp. In testing, the company reps say, the wrong cat may try it on the first day, but by the second or third day, the smart animal figures out the food's not for them.

A bigger dream for the product is for preventive care, says one company rep. Wouldn't it be amazing if cats and dogs came home from a spay or neuter, with a metabolism drop coming soon, and they started a regimen of healthy portion control early instead of tackling the problem after the fact?

Cats are fed on an optimized feeding schedule that involves a predetermined amount dispersed into small meals several times over a 24-hour period to match how free-roaming cats feed; dogs can be programmed for two to three meals over 12 hours.

The feeder is pricey ($280), so this isn't an impulse item, say reps: It's a clinical tool. It's still consumer-friendly, with dishwasher-safe pieces and a ceramic coat on the kibble dish for better cleaning. 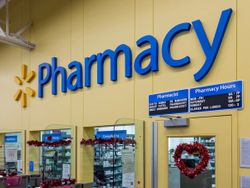