How I got into vet school without an undergraduate degree

Yes, you read that right. This future exotic animal veterinarian was accepted into veterinary school after her junior year in undergrad. She details how it happened and offers tips to anyone brave enough to go for it in the future.

Image courtesy of Rachel EllerdIt's possible to apply to veterinary school without an undergraduate degree. I had no idea until I tried.

Most U.S. vet schools can accept students if they will have all of their prerequisites completed by the time of entry, regardless of whether they have a degree or not.

This meant I could apply after my sophomore year of college and go straight to veterinary school after my junior year. Although it's uncommon because of how competitive veterinary schools are, it's not impossible-here's how I did it at the University of Texas (UT).

Some quick statistics about my application

Undergraduate GPA at The University of Texas: 3.8

‘What's your one biggest tip to get into vet school? What can I do to stand out?'

There's absolutely one thing I tell everyone looking to go to vet school-get involved in research! I worked in two different research labs during my three years of undergrad. If you can show potential veterinary schools that you already have research experience under your belt, you will be sure to stand out.

I've been told that the research doesn't have to be animal-related, but if it does, that's a huge plus-because it can double as animal experience hours! The first lab I joined in undergrad was Integrated Biology, led by Dr. Molly Cummings, in UT's Ecology, Evolutionary, and Behavioral Biology department.

Our lab's model organism was fish, specifically Gambusia affinis and Xiphophorus nigrensis-mosquitofish and swordtail fish, respectively. During my three years working in that lab, I assisted with behavior and cognition studies involving anxiety, mate selection and learning (yes, fish can learn!).

How did I get involved in these labs? I simply asked! With most research institutions, it's possible to search different departments for interesting research that is going on and find the emails of professors working in the lab. Most professors will jump at the chance to bring an undergraduate on the team (who's going to pass up free labor?).

Research also has many extra bonuses I didn't realize when I first signed up. For me, it was possible to collect one hour of credit for every three hours worked in a lab per week. So for one semester, I worked nine hours every week and had three credits added to my course load as an A (hello, GPA booster)! I eventually collected 12 hours total of credit over my three years, and this definitely helped me with my science GPA. After three years, I was so close with my principal investigator that she became one of my letter of recommendation writers-and boy, did that look good on my application.

Although most people told me I could major in anything as long as I completed my prerequisites, I definitely recommend majoring in something that aligns with biology or animals. So many prerequisites for veterinary school build off of science, and the more I learned in that field, the easier it became. As a result, it was easier on my course counselors to get me into the classes I wanted, which is something to consider at a big university.

There's one thing that I recommend specifically to those that want to apply early-take all prerequisites as soon as possible! My counselors tried to talk me into leaving all the “hard classes” for later in my degree plan and take the easier classes first, but instead I left nonrequired courses, like “Intro to Jazz Appreciation,” for the end (yes, that was the very last course I took at UT). This way I knew I could apply as early as possible, and if I didn't get in on my first application, I could take those classes when I finished my degree. Yes, it was challenging to take all my science-heavy classes in the beginning, but I didn't say getting accepted early was easy, did I?

I wouldn't recommend this path to a prospective vet student if making decent grades and taking multiple hard classes at once is too much. In the end, GPA matters a lot, and it's a lot harder to bring up a GPA once it's fallen.

As far as my GPA was concerned, one thing I learned was not to be afraid of dropping a class and taking it later on when I was ready. For me, that was organic chemistry. I had a really difficult course load the semester the first time I attempted to take that class, so I decided to drop it and take it over the summer, and it made a huge a difference. The first time I took that class, I failed the first two exams. When I took it over the summer with the exact same professor, I got an A in both Organic Chemistry I and II.

I was initially afraid that veterinary schools wouldn't accept me with the dreaded “Q-drop,” but luckily I didn't make a habit of it and they let it slide. Another thing I did to boost my GPA (and my mental and physical health) was taking a PE class. It might not have counted towards my science GPA, but if I was going to be working out anyway, so I thought I might as well get credit for it!

One thing I didn't know was that some veterinary schools give prospective students a GPA multiplier, depending on the school. For instance, a 3.0 at an Ivy League or top institution may count much more toward an application than a 4.0 at a community or satellite college.

Getting in, and looking forward to the future

When applying to veterinary schools, I decided to “go big or go home” and applied to 10 colleges. For each application, I made sure I had the required prerequisites and that the school would accept a student without an undergraduate degree.

Out of these 10 veterinary schools, I was offered interviews at nine of them. I received acceptances from The Royal Veterinary College in London, Louisiana State University, Texas A&M University, Auburn University and University of Georgia's dual degree DVM-PhD program.

Although I loved all of these schools, I chose Texas A&M College of Veterinary Medicine. Not only had they just built a brand-new, state-of-the-art veterinary school and revamped their curriculum, but it was the cheapest by far because I was in state.

When people ask me what veterinary school they should go to, I personally recommend going to in-state schools if possible. To me, all U.S. veterinary schools provide quality education and none are worth an extra $30,000 per year in tuition.

While in undergrad, I tried to join at least one sport/physical club, one social club and one volunteer club in order to be a well-rounded student. At UT, I was on the official gymnastics team, in the sorority Alpha Xi Delta and an officer of the pre-vet club. Gymnastics allowed me to continue competing in a sport I had been practicing my entire life. My sorority forced me, an introvert, to become more social and meet people from outside my major. And the pre-vet club gave me the opportunity to volunteer and gain clinical experience. Plus, I landed a leadership position as an event coordinator, which looked great on my résumé!

Like many other college students, I worked multiple jobs (and at one point, three jobs at once). In addition to babysitting, I worked as a biology lab teaching assistant, biology lab research assistant and my favorite job of all-working for UT-Austin's wildlife rescue. It was through this job that I received training to capture wild animals and either release them off school premises if they were healthy, or bring them to a licensed rehabilitator if they needed medical attention. I was getting paid to do something I would have done for free. We saw everything from bats, opossums and snakes to owls, and I loved every minute of it.

Although it was after I had applied to veterinary school, I also worked at the Austin Aquarium. I could have tried to gain more veterinary technician experience, but I decided I could do that later in vet school and focused on my passion for exotic animals instead. I am so happy I did, because it was there that I learned so much about husbandry that will surely shape my future as an exotic animal veterinarian.

Rachel Ellerd is a veterinary studently currently pursuing a career in exotic animal medicine at Texas A&M College of Veterinary Medicine. Find her on Instagram @exotic.pet.vet. 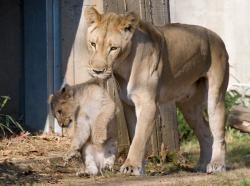