Have You Heard? Essential oil flea preventives: "Natural" does not equate to no worries (Script)

Essential oils' newfound celebrity as flea preventives is bringing to light the differences in oversight of their efficacy and safety.

Essential oils can possess antimicrobial, insecticidal, and anti-inflammatory properties. Their newfound celebrity as flea preventives is bringing to light the differences in oversight of their efficacy and safety. Unlike with most veterinary-formulated synthetic insecticide flea control products, the Environmental Protection Agency (EPA) has no registration or regulatory control over plant-derived natural flea products containing essential oils. This exemption has led to a boom in the development and sales of many essential oil-containing topical flea products ranging from shampoos and sprays to spot-on formulations.

In an attempt to describe the adverse effects of exposure to these products in dogs and cats, researchers at the University of Illinois at Urbana reviewed electronic medical records obtained from the ASPCA's Animal Poison Control Center. They evaluated all reports of known exposure of dogs and cats to natural flea preventives, which included nine dogs and 39 cats. For all the dogs and cats, the frequency, types of reactions, time until onset, and duration of signs were noted. The researchers also recorded whether the products were applied according to label recommendations and the final outcome and treatment information.

Adverse effects were seen in 92% of the cats and 89% of the dogs. The remaining animals did not experience adverse events or develop clinical signs related to the exposure, but these cases were referred to the ASPCA APCC because the product was not used correctly or because more than one animal in a household was exposed but only one developed clinical signs.

Signs included behavior changes and central nervous system, gastrointestinal, and respiratory effects. There were, however, some obvious species differences. Cats appear to be more sensitive, and behavior changes were more commonly reported in this species. Also, of the central nervous system signs reported, dogs tended to experience lethargy, while seizures and tremors were reported more frequently in cats. These findings are consistent with those described in the literature on essential oil use.

In 77% of the reports the products were used appropriately, eliminating improper application as the only cause of adverse events. The onset of signs was generally within 24 hours of exposure, and the duration of the effects ranged from 30 minutes to just over six days. Most of the animals recovered with dermal decontamination through bathing alone. Others required more substantial therapy, including intravenous fluids, muscle relaxants, and anticonvulsive medications. Three animals either died or were euthanized as a result of intractable clinical signs.

Flea products that contain essential oils, defined as "minimum risk pesticides" by the EPA, can cause serious adverse effects in dogs and cats, even when applied according to label instructions. In this case series from the APCC, most of the patients exposed to the plant-derived natural flea products were symptomatic. Spot-on products were used most frequently.

There are still many unknowns regarding the safety of these products. As the authors of this study indicate, the quality control of essential oil flea products is not currently regulated or monitored, and possible interactions between the essential oils themselves and other chemicals that could affect absorption are not known. Additionally, various health and other dermal conditions could alter the absorption of these products, making toxicosis more likely. Until more data and oversight of these products are available, caution owners to use them with care. 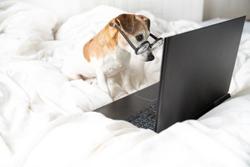 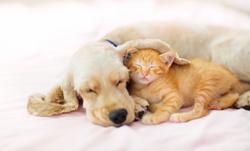 Factors affecting your deworming protocols for puppies and kittens