Have you heard? Does your dog love you as much as you think? (Script)

Researchers shed light on whether our dogs feel the same emotional attachment to us as we do to them.

Swedish researchers are seeking to shed some light on just how our dogs feel about us.

Twenty owners of dogs ranging in age from 2 to 8 years filled out a questionnaire known as the Monash Dog Owner Relationship Scale. This test was developed to characterize the dog-owner relationship from the owner's perspective.

The owners and dogs then participated in a modification of the Ainsworth's Strange Situation Procedure used in pediatric physiology to evaluate the attachment between toddlers and their parents. In this case, it introduced challenging situations to measure the bond between people and dogs. This test assessed proximity-seeking behavior and the sense of comfort or security an owner might provide for the dog to evaluate the strength of the relationship.

In six different episodes, the owner was continuously guided by the same person, a stranger to the owners, so that each dog was tested in the same manner. During some episodes, the stranger was with the dog without the owner and, for others, both people were present. At some points, the dogs were left alone in the room.

Throughout testing, the dogs were videotaped and evaluated for proximity-seeking behaviors, exploration, independent play, and social play. When either an owner or the stranger was reunited with the dog, the magnitude and extent of the greeting behaviors were carefully noted, recording both the duration of physical contact and tail wagging as well as the intensity of the response.

The researchers hypothesized that owners who thought they had strong relationships with their dogs would have dogs that displayed more attachment behaviors. But the only correlation seen between the questionnaire results and the Strange Situation Procedure was that owners who indicated they interacted with their dogs frequently had dogs that initiated more contact and displayed more proximity-seeking behaviors when reunited—possibly the result of being repeatedly rewarded for initiating such interactions.

Also, dogs that reportedly played a lot with their owners on a regular basis showed less independent play. Yet, none of the participants reported any issues with separation anxiety at home. No connection between how strong owners felt their relationship was with their dogs and the strength of the relationship from the dogs' behavioral responses was seen.

The results do not diminish the fact that many people form a strong emotional attachment to their dogs, even if no current research supports that our dogs find the feeling to be mutual. This was a small study, and the participants may not have represented the broader population of dog owners. 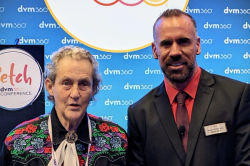