Fleas: How to conquer these blood-feeding, egg-laying machines

Dr. Michael Dryden discusses what it takes to eliminate flea infestations—and why residual speed of kill is what matters most.

Michael Dryden, DVM, PhD, has studied flea infestations in a number of Florida homes, where the heat and humidity create the perfect conditions for snowbirds ... and blood-feeding ectoparasites. Spending time in those infested homes has reinforced a concept that veterinarians know—but many pet owners do not.

“Fleas don’t care how much money you’ve got,” Dr. Dryden told attendees at a recent Fetch dvm360 conference. “They don’t care if you’re in a gated community. All they care about is if there’s someone with blood in that house.”

Dr. Dryden, who has recently retired from a career of teaching and research at Kansas State University College of Veterinary Medicine, has been known as “Dr. Flea” (as well as “Dr. Tick”) over the years due to his expertise with ectoparasites that feed on companion animals. A major research focus for his lab has been analyzing residual speed of kill for various parasite prevention compounds. And speed of kill is everything when it comes to eliminating an infestation.

“By the time a pet owner notices fleas, immature stages have been developing in the home for one to two months,” he told veterinary professionals during his lecture. “If a cat has fleas, those fleas are laying eggs, and they’re rolling off like ping pong balls into the carpet and the cracks between the sofa cushions. This biomass of immature flea stages provides an ongoing source of new adult fleas that will continually reinfest pets.”

That means modern flea control is all about preventing reproduction, or “breaking the life cycle at the host level,” according to Dr. Dryden. And this requires residual speed of kill—zapping fleas quickly after they’ve been acquired from the biomass. “If I kill fleas fast enough, they can’t lay an egg, and this prevents reproduction,” Dr. Dryden said. “If I don’t, the infestation rolls on.”

Every flea control product has a natural period of decay, or half-life, that affects its residual speed of kill. When the concentration in or on an animal drops low enough, the speed of kill is too slow to prevent fleas from laying eggs before they die. This is what Dr. Dryden calls the “reproductive break point.” Research has shown that the earliest of the modern flea control products (those introduced in the mid-1990s) have a reproductive break point prior to 30 days. Manufacturers have added insect growth regulators to enhance efficacy throughout the application period, but heavy infestations can still take months to resolve.

“In ‘redline’ homes, fleas tend to get worse before they get better,” Dr. Dryden explained. Eggs laid before treatment started continue to emerge as pet activity stimulates their development. Eventually traditional products do wipe out the infestation, but in the meantime pet owners often think they’re not working. And they have to be convinced to stay the course and not switch from product to product. It can be an uphill battle, especially when pet owners grow increasingly frustrated.

But all of this has changed with the introduction of the isoxazoline class of flea and tick control products, Dr. Dryden said. These include afoxolaner (NexGard—Boehringer Ingelheim), luralaner (Bravecto—Merck), sarolaner (Simparica—Zoetis) and lotilaner (Credelio—Elanco).

“The residual speed of kill in the isoxazolines is stunning,” he said. “Their ability to wipe fleas out is unlike anything we’ve ever seen before. These fleas aren’t laying eggs, and we’re driving populations to extinction in these homes.”

Dr. Dryden explained that these products are so effective in part because they provide systemic coverage—even the formulations that are applied topically. Because of the way they work, there is no part of the animal where the compound is less effective due to uneven distribution or diminishing concentration.

“With isoxazolines, the reproductive break point occurs after the date of the next application or administration,” Dr. Dryden said. “There are absolutely no eggs on these animals.”

Dr. Dryden discussed the implications for patients with flea allergy dermatitis (FAD), which can remain a problem for affected pets as the biomass gets wiped out in an infested home. The classic working hypothosis for FAD, he said, is that a single flea bite will produce a clinical reaction in a hypersensitive animal.

“If this is accurate, flea products must kill all fleas before they can bite and feed in order to manage FAD; therefore systemically active adulticides cannot manage FAD because fleas have to bite and feed to be killed,” he said.

Does that mean isoxazolines, which work systemically, are ineffective at preventing FAD?

In a word, no. The reality is that they are highly effective.

“The classic single flea-bite hypothesis is not correct,” Dr. Dryden said. “FAD is not like anaphylaxis. It’s more similar to atopy; it’s an additive threshold disease. More exposure means more clinical sings, and every animal is different in terms of where its threshold is.”

Once again, effectiveness comes down to speed of kill. “Speed of kill prevents enough allergen from being injected into an animal to cause symptoms,” Dr. Dryden said. “Wiping the fleas out rapidly diminishes pruritus scores rapidly.”

In a study of fluralaner and afoxolaner, dogs with FAD had nearly normal pruritus scores within two weeks of administration. Plus, “their skin disease as assessed by a dermatologist improved 80% in two months,” Dr. Dryden said. “Lotilaner and sarolaner were similar—the dogs were normal at two months.”

The bottom line is that it’s possible to both prevent reproduction and manage flea disease with rapid speed-of-kill products, and no products on the market have higher speed of kill than the isoxazolines. 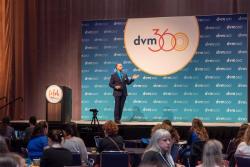 This veterinarian's favorite careers throughout the years