Feline interstitial cystitis: Its not about the bladder

Inappropriate urination, straining, hematuria, loss of appetite, hiding. You want to blame the bladder, but it may just be collateral damagean innocent victim of stress and a hyperexcitable nervous system.

Cats with FIC have neurological characteristics that cause them to be flooded with stress hormones, Dr. Julie Fischer says. | Shutterstock.com

If you're still treating the bladders of feline interstitial cystitis (FIC) cats with antibiotics and anti-inflammatories alone, then Julie Fischer, DVM, DACVIM, of Veterinary Specialty Hospital San Diego, says it's time to get with the program. What these cats need more than anything is MEMO (multimodal environmental modification), more water, and dietary changes.

What is FIC anyway?

Sterile bladder inflammation is the single most common cause of lower urinary tract signs in cats, Dr. Fischer told attendees at a recent Fetch dvm360 conference. Tony Buffington, DVM, MS, PhD, DACVN, and Jodi Westropp, DVM, PhD, the gurus of all things lower urinary tract, have coined the term “Pandora's syndrome” to describe sensitization and upregulation of the feline stress response that's often most dramatically manifested in the urinary bladder. When a sensitized cat is put in a provocative environment, it ends up with the signs that constitute FIC.

FIC presents as waxing and waning lower urinary tract signs that occur alongside sickness behaviors in other systems, most commonly the gastrointestinal (GI) tract. The good news? The stressors that provoke these signs can be ameliorated by environmental modification and enrichment.

Which cats get FIC?

Here are some risk factors for FIC-these cats are overly represented among the patient population, Dr. Fischer says:

Cats with FIC often have a history of not being able to engage in typical hunting behavior. They also don't tend to have protected access to resources (food, water and resting areas)-instead something bothers them when they try to access those resources, be it a human, dog, cat, furnace or buzzing dryer. One of the main triggers that causes these cats to flare up with FIC is moving from one house to another, Dr. Fischer says. Another biggie is being bullied by another cat when trying to use the litterbox.

FIC cats have larger sensory neurons in the dorsal horn with upregulated function, and they tend to secrete more norepinephrine than normal cats, Dr. Fischer says. They have a sensitized acoustic startle response that is increased when the cat is stressed. These cats also have desensitization of alpha-2 receptors in the central nervous system, resulting in less inhibition of norepinephrine and a flood of stress hormones in the body. In addition, FIC cats have less inhibition of nociception transmission, so their pain transmission is enhanced.

So what does this all mean? These cats are in a constant, hyperexcitable state of fight, flight or freeze, and they feel pain more acutely than normal cats. Sounds like a miserable way to live.

When it comes to the bladder itself, FIC cats experience pathology associated with a disrupted glycosaminoglycan (GAG) layer (and FYI, a disrupted GAG layer is also seen in women with interstitial cystitis). Cat urine is basically toxic waste. The GAG layer protects the urothelium from backleak of poisonous dissolved solutes, bacterial colonization and potassium, which is incredibly irritating, Dr. Fischer notes. When the GAG barrier is disrupted, C fibers-nonmyelinated pain-conducting fibers in the bladder wall-are activated. And damaged C fibers are associated with neurogenic pain.

Disruption in the GAG layer is also associated with the release of substance P, one of the main neurotransmitters associated with pain, anxiety and depression in humans. In addition, a damaged and irritated urothelium results in mast cell inflammation, which causes additional injury to the bladder wall, resulting in more backleak, which makes the cat feel sick, then the cat stops drinking and urine specific gravity goes up, resulting in even more concentrated urine-and the insidious spiral intensifies.

Yeah, but I gave the cat antibiotics and the problem went away

FIC is a self-limiting condition, Dr. Fischer says. Whether you prescribe antibiotics or the client gives the cat coconut oil, the problem will still go away. (And if the client makes the right manipulations in the environment and the cat likes the coconut oil, it's even more likely to subside.)

To put it another way, cats that suffer from FIC aren't predisposed to urinary tract infections (UTIs), Dr. Fischer says. Which ones are? Very young kittens, cats older than 10 with comorbidities that result in isosthenuria, immunocompromised cats, and cats that have been previously catheterized or have polyuria. A 3-year-old male cat with hematuria that vocalizes when he's urinating is highly unlikely to have a UTI, and he doesn't need antibiotics. He needs to hunt and have an undisturbed litterbox experience.

As we all know, correlation is not causation, but it's tempting to draw conclusions when we give antibiotics, wait a few days and experience cessation of clinical signs. The struggle is real: Our patients can't tell us they're peeing blood because they're stressed from being bullied by the other cat, or bored to death, or so fat they can't groom properly, or so arthritic it hurts to move. But if we continue to throw antibiotics at FIC without addressing the underlying stressors that are causing sickness, we are harming, not helping.

Think about it. These cats are already stressed out, and now we want to stuff tablets or liquid down their throat a couple of times a day?

So what does work?

Did you get the MEMO?

Multimodal environmental modification, or MEMO, involves inventorying the cat's environment and identifying potential stressors. It's a key component of managing FIC in predisposed cats. Dr. Fischer says some owners actually like doing this, because they get to crawl around their house and think like a cat while they try to identify what represents a feline stress or threat.

After identifying the stressors, the client can then modify the environment to make that cat's nervous system less hair-triggered. Ohio State has a good online reference available as part of the Indoor Pet Initiative that can walk you and your client through this process (visit indoorpet.osu.edu, then click on “For veterinarians” and “Environmental enrichment resources and references”).

Nutrition is another important component of managing FIC. Urinary therapeutic diets, especially those with an anxiolytic component, have been shown to reduce the incidence of FIC.1 Increasing water intake helps speed resolution of signs during an episode and can help prevent future recurrences, Dr. Fischer says.

Dr. Fischer does not recommend amitriptyline for acute FIC; however, it may help prevent FIC with long-term use, so it's a possibility in cases that are refractory to MEMO and nutritional management. If you do use it, make sure to counsel your client on the potential adverse effects. When it comes to pain management, Dr. Fischer thinks it's important to provide analgesia for cats with acute flare-ups of FIC, especially those with obstructive idiopathic cystitis. Buprenorphine is one good choice because sublingual administration of small volumes is less stressful for most cats than giving oral tablets or liquids. Another option is gabapentin, which has broad application for management of neurogenic pain (which we know plays a big role in FIC), though there are no specific data supporting its use here.

What about prednisone? No dice. Prednisone has been shown to be equal to placebo in a study.2 Don't give steroids for FIC.

When you see these cats in the clinic, have you ever thought about asking the client what her stress level is like? Anecdotally, I've found that an abnormally large number of my clients with FIC cats are also going through a fair amount of stress themselves. Sometimes, asking clients to focus their efforts on identifying and reducing their cat's stress raises their awareness of their own stress levels as well. Then they're prompted to do something about that, resulting in better quality of life for both cat and client. Happy cat, happier client. Which is what it's all about, right?

I also wonder how many women veterinarians are suffering from stress-related interstitial cystitis. Yeah, I know. You didn't expect an article about FIC to get so personal, but what if cats suffering from FIC are the proverbial canary in the coal mine, little angels sent to warn us of the systemic effects of chronic stress and remind us while we're treating them differently to do something kind for ourselves as well. Who knows? By shifting the mindset of how we approach cats with FIC, maybe we'll shift something in ourselves as well. 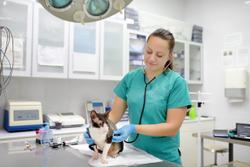 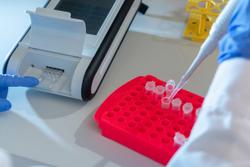