Popular website is asking the nations veterinary hospitals to help protect coworkers from suicide with one extra step in accessing certain pharmaceuticals.

DrAndyRoark.com is offering just one article for users to read Wednesday, June 12.

Editor's note: This article includes discussion of suicide and mental health issues. If you're experiencing feelings of depression or suicidal ideation, please call the National Suicide Prevention Lifeline (800-273-TALK; 800-273-8255; suicidepreventionlifeline.org). It's 24 hours a day, 7 days a week. No matter what problems you are dealing with, people on the other end of the line will help you find a reason to keep living.

Titled “What do we do about suicide? It's time to limit access to the methods,” the article by Andy Roark, DVM, a popular veterinary speaker and writer, cites statistics that have pointed him down a path to a solution (already in place in human hospitals) to help lessen the number of veterinarian suicides:

In a survey Dr. Roark conducted of more than 8,000 individuals, 71% said they could access the controlled drugs in their clinic with no other person present.

Dr. Roark's proposed “4-eyes” system-which would require two people (four eyes) to access certain drugs-would help control access to drugs commonly used in suicide attempts. Options to implement the system are as elaborate as a multi-thousand-dollar drug cabinet and RFID key fob or as simple as a rudimentary two-key lockbox.

Whatever the solution, Dr. Roark suggests the protocol change needs to be seen not as a mandated hassle but a way to save colleagues' lives.

“If our employees believe these systems are a mandate from the DEA or OSHA, or a program brought down ‘from corporate,' they'll bypass them. They will leave keys at the clinic instead of taking them home, and they will share fobs for easy access,” he writes. “If, however, they know that this system exists to prevent one of their teammates from taking his or her own life, and that sharing fobs or leaving keys at work will result in losing access, then I believe they will step up to keep their friends and coworkers safe. They have to understand the reason, and every drug box should have the National Suicide Prevention phone number posted on it to serve as a reminder.”

The article features at least one example of a veterinary practice using a multiperson-access system for particular drugs. Dr. Roark says he is now seeking support from the veterinary industry and others in the community to publicize this new inspiration for better management of drugs used in deaths by suicide. 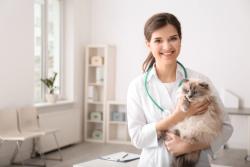 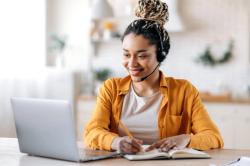 A turnkey solution to addressing the staffing shortage: virtual assistants 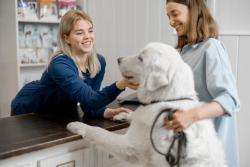