These women probably know cavitated lesions are a pain when trying for an ultrasound-guided aspirate or sample. If they don't, they'll want to read below for advice from Tod Drost, DVM, DACVR. (Photo Getty Images)Editor's note: This was drawn from a 6-minute audio clip from CVC Kansas City in 2015. Listen here.

After a CVC session on collecting ultrasound-guided samples and aspirates, veterinary radiologist Tod Drost, DVM, DACVR, entertained a host of questions from the audience. Here's your chance to eavesdrop.

Q. Do you get asked for more cells because you didn't get enough in the sample?

Q. How many patients have hemorrhage that is significant?

“I would say less than 10 percent. We try to cull them before. Some animals we don't immediately sample, because they have a coagulopathy or the blood work's bad or they have very low platelets. We'll try to get that problem under control, then I'll come back and try then.”

Q. How would the type of lesion affect whether you would sample it?

“Solid lesions are probably not going to be a problem. One challenge is a cat with hepatic lipidosis. Those livers tend to be more friable and prone to bleeding. I'll ask the clinician, 'How important is it to [use this sample] to find out?' We often have a lot of information before we aspirate to say the cat has hepatic lipidosis.

"Another challenge is a big cavitated lesion; if it's a spleen, we might not. One reason we wouldn't is, if it turns out to be a hemangiosarcoma or a hematoma or a hemangioma, we're going to remove the lesion. We don't sample it, we just realize we need to take it out. If I have to sample a cavitated lesion with fluid, I'll try to find somewhere on the edge where there's less.”

Q. How do you sample the bowel?

“Yeah, the bowel is not really fixed in place very well. Sometimes I get my needle right up against it and the bowel starts swimming away from me. That gets to be very frustrating. What I do is, I get the needle right up against it and do a sharp, quick thrust, instead of a slow, deliberate one. Once I've gotten the needle in it, it's analogous to a toothpick in an olive in your favorite beverage-you just need to attach something to use the suction method.”

Q. How do you choose which nodule to sample within structures?

“Liver's a common one. One of our assumptions is, all the nodules are the same thing. I don't know if that's true or not. Most of the time, I hope it's true, because we don't sample them all. How do I choose which one to sample? The one that's closest. I do prefer to use the left liver, because the gallbladder lives in the right. I'd like to stay as far from the gallbladder as possible.”

Q. Will you aspirate lung?

“If I can see a lesion, I'll go ahead and stick a needle in it if I know it's right up against the body wall and the chance of introducing air into the pleural space is much less.

"Obviously if I can't see the lesion sonographically, if it's surrounded by gas, we'll take those animals to CT. If I aspirate lung, most of the time we do introduce a little bit of gas, so we watch those animals and they usually compensate and reseal and eliminate that air on their own.” 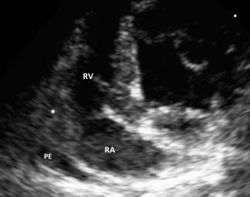 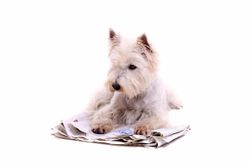