CVC Highlights: Bathing is key to managing pruritus in dogs and cats

Many conditions can cause pruritus in dogs and cats, the most common being allergies (atopy, food, flea) and external parasites (e.g. Sarcoptes scabiei, Cheyletiella species).

Many conditions can cause pruritus in dogs and cats, the most common being allergies (atopy, food, flea) and external parasites (e.g. Sarcoptes scabiei, Cheyletiella species).1 Moreover, concurrent or contributing factors such as bacterial or yeast infections (Malassezia species) are common in pruritic animals.2 In patients with pruritus, symptomatic treatment is frequently initiated because a specific diagnosis—such as an allergy—has not been made or concurrent or secondary problems are present. Shampooing is an extremely useful symptomatic treatment in pruritic pets and is often used in conjunction with systemic therapy.

The benefits of shampooing

A shampoo's potential benefits include removing debris that may plug hair follicles, decreasing surface yeast and bacterial counts, modifying the skin's microenvironment, moisturizing, and removing allergens that may be absorbed through the skin.

Until recently, the environmental allergens' route of entry has been assumed to be through inhalation. But strong evidence in both people and dogs now suggests that percutaneous absorption is an important route of entry.3 In dogs, it is most likely the primary route, with the Langerhans' cells trapping and processing the antigens and the subsequent presentation to the allergen-specific T lymphocytes.3 An inherited defect of the epidermal barrier function may contribute to the percutaneous absorption of allergens. Because allergens enter percutaneously, bathing is extremely important in treating pruritus.

Guidelines for selecting a shampoo

Choose a shampoo with the specific ingredients needed to treat a patient's identified or suspected condition. Since these agents modify the skin surface microenvironment or may create excessive drying and increased pruritus by removing the surface sebum, use them with caution, and discontinue them when the specific surface modifications are achieved.

Using skin conditioners after each bath is frequently indicated. Many such conditioners are oatmeal-based. Often, an additional agent (proxamine, hydrocortisone, or diphenhydramine) is added. Both leave-on and rinse-off conditioners may be used. Conditioners may help maintain the surface microenvironment and modify the effects of removing surface oils with shampoo.

Because colloidal oatmeal does not have antimicrobial (yeast or bacteria), antiparasitic, or primary keratolytic activity, it is not the agent of choice for dogs with yeast dermatitis, pyoderma, parasites, or seborrheic lesions.

If seborrhea oleosa is present, consider initially degreasing with a mild detergent (e.g. Dawn Liquid Dishwashing Detergent* or Ivory Dish Liquid—Procter & Gamble) and then using a benzoyl peroxide or selenium sulfide (dogs only) shampoo once or twice a week until the excessive oils and debris are removed. Next, switch to a shampoo containing 4% chlorhexiderm, sulfur and salicylic acid, chlorhexiderm and ketoconazole, or chlorhexiderm and clotrimazole.

When bacterial and fungal infections are present, I've seen excellent results with a shampoo containing 2% boric acid and 2% acetic acid.4 This shampoo does not have a good degreasing activity.

I and other investigators conducted an eight-week trial involving 72 dogs with either seasonal or nonseasonal pruritus.4 As part of the study, we assessed the effects of an antifungal and antibacterial shampoo (as well as fatty acid supplementation and antibiotic and antihistamine administration) in controlling pruritus in dogs. To control secondary factors contributing to pruritus, all the dogs were bathed weekly with a commercial shampoo containing 2% boric acid and 2% acetic acid in a soapless vehicle with moisturizers (MalAcetic Shampoo—DermaPet). The shampoo contained no anti-inflammatory agents. We concluded that weekly bathing reduced Malassezia species, cocci, and aeroallergens on the skin's surface and that this reduction may have contributed to significant overall improvement in the dogs' skin parameter scores.4

Properly educate your clients to get the best results from shampooing. Tell them to use cool water and to shampoo for 10 minutes every two to seven days. Afterward, pets should be towel-dried because blow-drying results in vasodilation and may exacerbate pruritus. A leave-on or rinse-off conditioner may also be applied. A puppy clip may be considered in some patients, as shorter hair facilitates the ease of bathing. Surface debris loosened with the bathing and subsequent exfoliation of the dead epidermal cells may be retained in the longer hair.

Attendees selected this highlight from CVC lectures. The original paper was published in the proceedings of the 2005 Central Veterinary Conference. 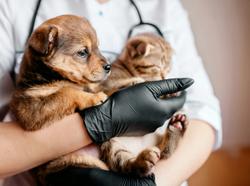 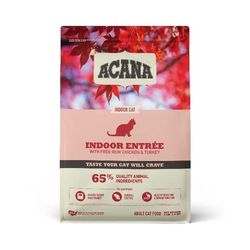