Permethrin is an ingredient in many parasite preventives for dogs and cats. But can clothing treated with this insecticide prevent tick bites in people?

The insecticide permethrin has been documented for its use as protection against ticks, mosquitoes, and fleas since the late 1970s. While several commercially available permethrin products boast the prevention of tick bites, few studies have supported the claim that permethrin-treated clothing is actually effective.

But a series of experiments conducted recently by investigators at the Centers for Disease Control and Prevention (CDC) has made the case for using clothing treated with permethrin to prevent tick bites that much stronger. Their results were recently published in the Journal of Medical Entomology.

Investigators gathered cotton, synthetic, and cotton/synthetic blend shirts, pants, and socks from a leading manufacturer of permethrin-treated clothing to use for the experiments; a 100% cotton nontreated T-shirt was used as the control.

Investigators affixed portions of the permethrin-treated and nontreated clothing to both flat surfaces and surfaces placed at a 45-degree angle. Ticks were then placed on each of the surfaces and observed. Ticks placed on the angled surfaces were studied for their likelihood to let go and fall off, and ticks placed on the flat surfaces were studied for their ability to move normally over a 24-hour period after being contained for specific intervals (1-5 minutes).

Effects of the permethrin-treated clothing varied somewhat between species, but all tested ticks did experience some form of irritation, which investigators call the “hot-foot” effect.

"This caused the ticks to drop off from a vertically oriented treated textile designed to mimic a pant leg or the arm of a shirt,” Lars Eisen, PhD, research entomologist at the CDC's National Center for Emerging and Zoonotic Infectious Diseases and senior author on the study, said.

While the results showed that ticks would be more prone to letting go of permethrin-treated clothing, the clothing showed promise for preventing bites as well.

“Sustained contact with permethrin-treated clothing—up to 5 minutes—resulted in loss of normal movement for all examined tick species and life stages,” Dr. Eisen said, “leaving them unable to bite."

According to the study results, a 1-minute exposure to permethrin-treated clothing showed the strongest effect on the following ticks:

With all the available permethrin-treated products on the market, the CDC sees a need for further research on the effects of permethrin with regard to preventing tick bites.

"Ultimately, we'd like to be able to provide more specific guidance about the use of permethrin-treated clothing, including what types of clothing provide the best protection,” Dr. Elsen said.

Currently, the CDC recommends treatment for clothing and gear with products containing 0.5% permethrin, noting that it remains protective through multiple washings. But future research will seek to determine just how long permethrin treatments can last over time, how many wash cycles treated clothing can endure, and the best wearing conditions for permethrin-treated items.

Leptospirosis and its serovars: a re-emerging pathogen 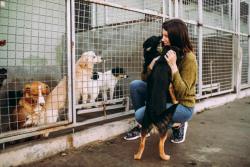