Are you struggling to confront an employee in your practice who is falling behind or not performing up to snuff? Here are some tips to keep in mind when you need to have an uncomfortable conversation with an underachieving team member.

While it may be the last thing you want to do during your work day, disciplining an employee who is not pulling their weight is sometimes necessary. After all, underperforming staff means decreased productivity and potentially diminished revenue for your practice.

Instead of looking at this interaction as negative, take a second look and think of the positive results that may come out of the conversation. To make sure both parties benefit, you’ll need to ask yourself several questions before going into the conversation.

Don’t go into a sticky situation like this without making sure you’re ready. Your employee has to understand what the problem is. Ask yourself if the employee understands what is expected of them. Not fully understanding your duties and job parameters could be a major reason for underperformance. Have you told the employee what would happen if they didn’t meet the the set practice standards ? If not, the fault for his poor performance could be yours. Also, be sure you have all the facts. What is the team member not doing? How long have they not been doing it? Do you know why? Make sure you’re fully prepared for an uncomfortable, but necessary, conversation.

2. Where and When Will You Talk?

If you see one of your team members slacking off or doing something other than what they should be doing, don’t bring it up in the moment. Instead, find a neutral location, such as the waiting room or break room, and let the employee know you’d like to schedule a time to talk. Timing is important — most practice owners prefer having a tough conversation at the end of the work day, before the weekend or during some other downtime or break.

Your goal in speaking with an underperforming team member should not be to attack the employee, point out their flaws and demand improvement. Instead, your job is to coach them through this conversation and making sure both sides walk away having learned something valuable. Remember to be objective and discuss facts, not assumptions. Don’t do all the talking, but allow the employee to explain their behavior while you listen attentively. Focus on what the future should look like instead of dwelling on what has already happened. End on a good note — one where both of you can see improvement in the future — and set up a time for a follow-up discussion.

4. Are You Ready to Face Resistance or Denial?

Confrontation is not easy. People who are confronted are often resistant or try to deny any allegations against them. Be ready for this possibility when talking with your employee, and act accordingly. Stay cool, calm and collected if they fight back. Don’t apologize for initiating the conversation, but instead drill your point home by using repetition, giving examples and resisting counter-attacks from a team member who may try to point out your flaws.

5. Can You Pull the Plug If Necessary?

If this conversation goes awry, you may not have any other option than to let the team member go. Don’t pull this trigger too early just because you get some initial resistance from the employee about improving their performance. Before you take such a drastic step as firing, make sure you’ve exhausted every option, asked the employee every question and tried to make them understand what is being asked of them. After all that, if the poor behavior continues and the team member won’t comply, it’s time to terminate and find someone who will. 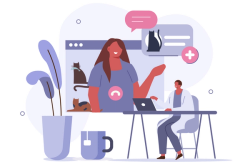 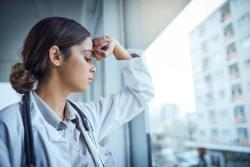 Detox your practice: how to eliminate toxic team members and avoid hiring them
Advertisement