Lost pets are returned home at higher rates when the animals have a microchip, but the AVMA says that information is useless if it's out of date.

A microchip is only as good as the information that it contains.

That’s the message being sent today by the American Veterinary Medical Association (AVMA), which on Monday is marking “National Check the Chip Day.”

The point of the exercise is to remind pet owners to log on to the American Animal Hospital Association’s petmicrochiplookup.org and verify that the registration information for their pets is current.

Pet owners who find old or incorrect information are encouraged to contact their veterinarian or the manufacturer of the chip in order to update the information. The AVMA has also created a “Check the Chip Day Toolkit," that contains microchipping information and resources for vets to share with their parents.

“Microchips are very effective for identifying lost pets and reuniting them with their owners,” said Thomas Meyer, DVM, president of the AVMA, in a press release. “But microchip registration needs to be done, and done correctly.”

An estimated 10 million dogs and cats are lost or stolen each year in the United States. A study in the Journal of the American Veterinary Medicine Association found that only 22% of lost dogs entering shelters were returned to their families. However, among microchipped pets, the rate of reunions jumped to 52%.

Among cats, only about 2% of shelter entrants were returned to their owners, versus roughly 40% among cats with microchips.

That same study also highlighted the importance of accurate information. Among the cases where the owners of a microchipped animal couldn’t be found, 35% percent were due to incorrect or disconnected telephone numbers. In 24% of cases, owners didn’t respond to a letter or telephone message, thus, it's unclear whether the information was accurate.

Another way authorities are improving the accuracy of microchip information is by writing it into local animal control regulations. Last year, Galveston County, TX, replaced its existing pet license regulation with one predicated on microchips. Instead of issuing paper licenses or collar tags, most cities in the county now require microchips, which can be purchased from the county for $20, or from a private veterinarian. The linkage of pet registration and microchips gives pet owners an extra incentive to keep their information current, since doing so is necessary to be in compliance with county regulations. The change has also had the effect of increasing overall pet registrations by 71%.

“This is exactly the result we were hoping to see by making microchipping the method of pet registration,” said Amber Adams, manager of the Galveston County Animal Resource Center, in a press release. “Unlike tags attached to collars, microchips can’t fall off, meaning ownership information stays with your pet should they get lost.” 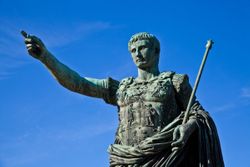 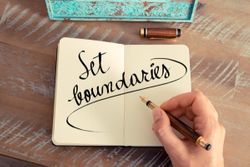