The blaze at the Noccalula Falls Park petting zoo claimed roughly 75 animal lives. No human fatalities have been reported and the cause of the fire remains unknown.

A passerby reported a raging fire at Noccalula Falls Park's petting zoo in Gadsden, Alabama, on Sunday around 5:45 AM. The deadly blaze sadly took the lives of roughly 75 animals, according to a City of Gadsden release.

When Gadsden Fire Department units responded to this devastating scene, the barn was already consumed with flames. Tanker trucks were also requested from the Highland, Reece City, and Glencoe fire departments due to the location of the fire on Lookout Mountain.

Richardson also noted that the park has overnight security but they’re stationed on the opposite side of the facility. Park officials and the fire department intend to talk to security personnel in hopes of securing useful information about this tragic event.

No human fatalities have been reported and the cause of the blaze remains unknown and will require further investigation by the Gadsden Fire Department and the fire marshal. The Noccalula Falls Park is currently closed until further notice. 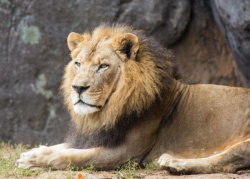 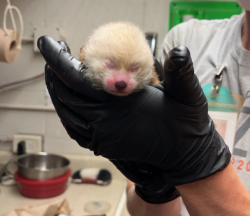