Whos called in to help? Whos doing the work? How long does it take? This hospital administrator used innovative software to tackle tough questions with DVMs and team members.

Veterinarians vary widely in length of time to perform a service. Although she knew there was a difference in skill level and experience between the practice owner, a veterinary veteran and newer associates, Passmore says it was a shock to see the differences in the amount of time it took different employees to perform the same services. The practice has adopted a policy of looking at the rate information for each veterinarian, but then charging an average rate to the client.

Delegating can create affordability for clients. Veterinarians may think it's easier to do things themselves, but when they perform tasks that could be performed by a technician, the overhead of the practice increases substantially. Keeping an eye on this allows the practice to streamline its operations. For example, Passmore says one doctor at the practice would routinely clean ears instead of letting a technician do it-until she showed him the numbers. “It helps me prove there are certain things the doctor shouldn't be involved in,” she says.

Not all nail clippings are alike. Costs should vary, not just by procedure, but by animal. Although clients may question a change in price for a standard service, some animals can be cared for quickly and simply for routine tasks, but others require more staff and time. “We've been able to put into our practice management software some internal discretions so they can understand the cost of a difficult nail clipping versus a standard nail clipping. It helps technicians charge appropriately,” Passmore says.

Helping hands cost time and money. Veterinarians think twice before grabbing additional technicians for a job. Sometimes, one technician is enough. In the past, though, veterinarians wouldn't think twice about grabbing an extra staff member for help, yet failed to reflect that in the cost of the service.

Rachael Zimlich is a freelance writer who lives in Cleveland, Ohio. She formerly worked for dvm360 magazine. 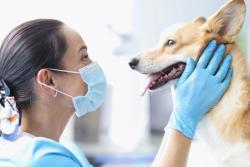