Veterinarians can miss these two signs of behavior disorders 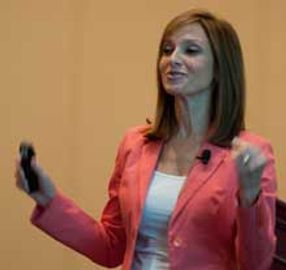 Dr. Radosta is the owner of Florida Veterinary Behavior Service in West Palm Beach, Florida. She completed a residency in behavioral medicine at University of Pennsylvania where she received two national research awards. She has authored textbook chapters; writes a column for the Palm Beach Post and podcasts CE for VetGirl. She has published research papers on thyroid disease and clinician client communication and has lectured across the country and internationally. She is the behavior section editor for Small Animal Advances in Medicine and Surgery, sits on the American Animal Hospital Association Behavior Management Guidelines Task Force and the Fear Free Advisory Board.

“I'm going to try to identify every single outlier for puppies and kittens and then target them for treatment,” she says.

One big sign in puppies and kittens is a failure to investigate after a fright, she says. “That patient needs to be treated,” she says, if they won't approach after being startled, even when food or another enticement is presented.

“A puppy or a kitten that is fearful of something-it's normal to startle-should come right back and investigate that stimulus … within a couple of seconds,” she says.

A second sign is “straight-up fear, tucked tail [in a dog], avoidance, ears back,” she says. That's another behavior outlier in need of treatment.

Dr. Radosta explains in this video: