One veterinarian’s remarkable journey to becoming a successful veterinarian and educator despite the physical and mental setbacks she has endured throughout her life.

From a young age, Louisiana native Brandy Duhon, DVM, clinical instructor in the department of veterinary clinical sciences at Louisiana State University (LSU) School of Veterinary Medicine, faced several unique challenges. At just 13 years old, she developed meningococcal meningitis which resulted in the amputation of both of her hands and right heel.

During her keynote address at our Fetch dvm360® virtual conference, Duhon opened up about the many obstacles she's overcome in the pursuit of her lifelong dream of becoming a veterinarian, and how she's using her story to empower other veterinary professionals with disabilities.

After all her amputations were finalized, she was sent to New Orleans for rehabilitation. Upon being cleared for release, her therapist told her that she would only sign the release forms if Duhon agreed to enroll in therapy. Though she initially agreed to these terms, Duhon quickly realized after 2 weeks that therapy wasn’t for her and began learning this new way of life on her own.

“I felt that therapy was trying to make me do things as handed people do things,” she said. “They tried to make something for my arm so I could just write with one arm because most people just write with one arm. But I eventually just got to the point (and as you can imagine I’m a very independent person), I thought I could do things quicker my way than ways they were suggesting.”

Duhon recalled being a relatively healthy child growing up. However, on June 18, 1995, she was diagnosed with meningococcal meningitis, a severe bacterial infection that cut off the blood flow in her extremities, leading to the development of gangrene in her hands and 1 foot. The traumatic event led to the amputation of both her hands and right heel. (The blood clotting went right up to below her elbow, so she still has some of her forearms.)

Duhon spent several months in the hospital and underwent numerous surgeries. Despite her challenging situation, she maintained her spunky personality and exhibited unwavering positivity. “I really kind of kept my attitude throughout the entire thing. My mom always says [that I] have such a smart attitude,” she said.

She attributes much of her optimism and strength to her mother, father, and stepmother who stayed by her side the entire time she was hospitalized. "I truly believe it is because of my family [that] I was able to survive and be so strong throughout the whole ordeal,” explained Duhon.

Duhon did not let her personal battles deter her from pursuing her passion for veterinary medicine. She was denied 4 times before receiving an acceptance letter from the veterinary school at LSU.

“A no-handed person in veterinary medicine or human medicine doesn’t really exist. Especially a surgeon or someone who has the responsibilities as I do,” she told attendees.

She knew that clinical rotation would be challenging because she had to learn things differently than others, but she didn’t let that hinder her. Duhon continued to shine by using innovative methods to hold tools and perform veterinary responsibilities. “Just because I couldn’t do something necessarily the same way everyone else did, didn’t mean that I couldn’t do it. I had to do a lot of thinking out of the box,” she expressed.

After graduating, she completed a shelter medicine fellowship. She then was hired as faculty at LSU where she is currently working in junior surgery, teaching veterinary students the principles of surgery such as spaying or neutering.

Resiliency in mind and body

Duhon faced 2 additional life-altering events. In 1999, she experienced spinal meningitis and in 2015, she was diagnosed with meningoencephalitis, which is an inflammation of the brain and its surrounding membranes.1

“My brain was continuing to swell, and I couldn’t speak, see out of my left eye or walk. I had 1 of my cousins who I was close with [near me] because she was the only one who could understand what I was trying to say,” she recalled.

Though she only had a 1% chance of living, Duhon defied all odds yet again and miraculously recovered. During her recovery, she attended several months of therapy before returning to what she loves, working in the mobile unit performing surgery.

Throughout adversity, Duhon’s unwavering spirit has remained intact. She explains how she stays positive. “I stay happy because of the people that I am around. I stay around positive people: my family, my friends, people I work with. I live for the other people,” she said. “I spend as much time with them as I can, and it makes me live a happy life.”

Episode 56: Tips for talking behavior with clients and why it matters 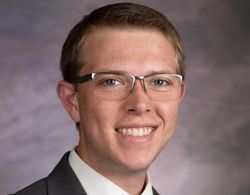