A look at the presenting signs and case management of a 9-year-old Shetland sheepdog with acute hypernatremia secondary to activated charcoal administration.

A 9-year-old 22.8-lb (10.4-kg) neutered male Shetland sheepdog was presented to an emergency facility for evaluation of tremors after an observed ingestion of about 4 tbsp (60 g) of a pelleted rodenticide that the owner thought contained bromethalin, a neurotoxin.

After observing the ingestion of the rodenticide, the owner took the dog to its regular veterinarian, who induced vomiting within 30 minutes of the exposure. A large amount of bait was found in the vomitus. After emesis, the dog was given 200 ml of activated charcoal (unknown brand, unknown formulation) and started receiving intravenous (IV) lactated Ringer's solution at 34 ml/hour (78 ml/kg/day).

About one hour after presentation, the dog developed generalized body tremors. It was then referred to the emergency facility for further care.

The dog was exhibiting tremors at presentation to the emergency facility. The dog then became laterally recumbent and had altered mentation. Clinical signs improved slightly with the continuation of IV fluid therapy and a dose of diazepam (0.96 mg/kg). A warm water enema (unknown quantity) was administered, which caused some activated charcoal to be expelled from the rectum. The dog's serum sodium concentration was mildly elevated (157 mEq/L; normal = 142 to 150 mEq/L) at presentation, but other electrolyte concentrations were normal. Packed cell volume and a total protein concentration were normal. In addition to electrolytes, blood urea nitrogen and glucose concentrations and acid-base status were measured, and no abnormalities were noted.

Further consultation with the owner and an examination of the EPA registration number located on the bait tray revealed that the bait was bromadiolone, an anticoagulant rodenticide, rather than a neurotoxic agent. Thus, bromethalin was ruled out as a possible cause of the patient's neurologic signs, leaving acute hypernatremia secondary to activated charcoal administration as the most reasonable diagnosis for the neurologic clinical signs.

Intravenous fluid therapy was changed to 0.45% saline solution with 2.5% dextrose at a rate of 40 ml/hour (92 ml/kg/day). Diazepam (0.96 mg/kg intravenously) and methocarbamol (75 mg/kg intravenously) were administered to control the tremors. One hour after the initial measurement, the serum sodium concentration increased to 178 mEq/L, and then two hours later (three hours after the original measurement) it was too high to be measured on the instrumentation available (> 180 mEq/L). The patient continued to be depressed and recumbent, although tremor activity was under control.

Over the next 12 hours of treatment, warm water enemas (a total of two) and fluid therapy were continued, sodium concentrations steadily decreased, and the patient's clinical condition improved.

Fifteen hours after presentation, the patient was discharged with normal neurologic status and a sodium concentration of 158 mEq/L (reference range = 144 to 160 mEq/L). The owner was instructed to give the dog vitamin K1 (2.4 mg/kg orally b.i.d. for 21 days) to treat the anticoagulant rodenticide exposure.

In previous cases reported to the ASPCA APCC, hypernatremia has been seen with or without diarrhea. This dog was not noted to have diarrhea, but the enemas may have obscured the interpretation of the feces consistency. In our experience at the ASPCA APCC, it appears not to be dose-dependent and to occur randomly in some sensitive dogs given a single dose or multiple doses of activated charcoal with or without cathartics.

When water replacement does not match free-water loss from the osmotic cathartic effect, hypernatremia and plasma hypertonicity can develop. In conscious animals with free access to water, the thirst mechanism will often prevent a clinically significant increase in plasma tonicity.2 However, when access to water is restricted or other circumstances prevent adequate water intake, hypernatremia and an increase in plasma tonicity may occur.

An acute increase in the tonicity of the extracellular fluid will cause a hypotonic fluid shift from the intracellular to the extracellular compartment. Dehydration of neuronal cells results in ataxia, disorientation, tremors, seizures, coma, or death. Seizures have been seen in dogs when their serum sodium concentration is > 180 mEq/L.3

Activated charcoal administration in dogs is recommended at a dose of 1 to 3 g charcoal/kg. In this case, the formulation of charcoal given is unknown, but most small-animal products contain between 100 and 150 mg charcoal/ml.4 This patient most likely received > 2.8 g/kg of charcoal, which falls within the recommended dose range.

Rule out other epileptogenic causes such as bromethalin, metaldehyde, mycotoxin, strychnine, or pyrethrin toxicosis; serotonin syndrome; head trauma; or metabolic or infectious disease.

Nerve cells respond to decreased cell volume by producing idiogenic osmoles (e.g. taurine, glutamine, inositol), which increase intracellular osmolality and thereby restore normal cell volume in the face of serum hyperosmolarity. This compensation process starts within a few hours of the onset of the change in plasma osmolarity but takes about 24 hours to fully develop.5

Once produced, these idiogenic osmoles decrease at a slower rate than sodium is removed from the serum with treatment. If the sodium is removed from the serum quickly, leaving the idiogenic osmoles in the cells and a temporary relatively high intracellular osmolality, cerebral cellular edema may develop. So if acute hypernatremia is recognized and corrected rapidly, before the production of idiogenic osmoles is complete, there should be minimal risk for cerebral edema with rapid correction of serum sodium concentrations. However, to avoid this complication, it is recommended that serum sodium concentrations be decreased at a rate of 0.5 to 1 mEq/L/hour when hypernatremia is severe or chronic.5

The fluid treatment of choice for replacing pure water deficit is 5% dextrose in water. If this fluid is unavailable, the lowest sodium-content fluid available should be given. Warm water enemas help remove charcoal and provide free water for colonic absorption.

Body temperature should also be monitored since hyperthermia is a possible complication. Hyperthermia should be corrected through the control of the neurologic signs and the use of appropriate cooling measures as needed.

Disseminated intravascular coagulation (DIC) or myoglobinuria and renal damage are other possible complications of prolonged tremor and seizure activity. Urine should be monitored for gross discoloration that may indicate the presence of myoglobin. The patient should also be monitored for petechiation that may indicate that DIC is occurring, especially if the patient has been hyperthermic.

Hypernatremic dehydration is a possible complication of activated charcoal administration with or without a cathartic. Use this decontamination method judiciously.

This case also highlights the importance of obtaining accurate exposure history when dealing with a poisoning case. Owners commonly identify rodenticides incorrectly because of a lack of understanding of the different chemicals that may be present in baits that have a similar outward appearance.

To view the references for this article, visit dvm360.com/HypernatremiaRefs. 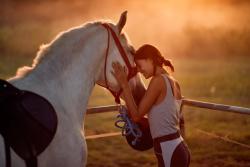