For millennia, people used yew alkaloids as both a method of suicide and a chemical weapon during hunting and warfare.

For millennia, people used yew alkaloids as both a method of suicide and a chemical weapon during hunting and warfare. Even sleeping beneath the shade of a yew bush was once considered dangerous.1

Yew also has a notorious reputation among livestock veterinarians in the Northern Hemisphere, and, within this context, Japanese yew (Taxus cuspidata), English yew (Taxus baccata), and Chinese yew (Taxus chinensis) are among the most toxic plants in North America.1 Chewing on Taxus species branches has caused death in dogs.1,2 And yew plants are potentially toxic to pet chinchillas and companion birds such as budgerigars and canaries, although macaws appear to be resistant.1,2

Taxus species' leaves are distinctive, making the plants relatively easy to identify. The simple, needlelike leaves are 1 to 2.5 cm long and less than 0.25 cm wide. They are alternately spirally arranged but twisted so they are two-ranked, linear-lanceolate, and decurrent (many lateral leaves with a central stem).1

Taxus cuspidata, T. baccata, and Taxus x media (T. baccata crossed with T. cuspidata) are common shelter, shade, and ornamental plants in the United States.1 Typically, they are planted as hedges or screens. In northern areas, T. cuspidata is preferred, probably because of its greater winter hardiness.1 Taxus baccata are long-lived; some English yews are more than 2,000 years old. Taxus canadensis (Canada yew, ground hemlock, American yew) is a native, cold-tolerant woodland shrub distributed from the Ohio River Valley to the far northeastern parts of Canada. Taxus floridana is a small tree whose distribution is limited to the Apalachicola River area of Florida. Taxus brevifolia (Pacific or western yew) is an understory tree in forests in the western United States. Pacific yew contains only minimal amounts of taxine alkaloids, the principal toxins associated with yew poisoning, and, thus, has a lower toxic potential than other Taxus species.

While various potentially toxic chemicals are present in Taxus species, all parts of the plants except the aril (i.e. the fleshy covering of the seeds) contain cardiotoxic taxine alkaloids, the main compounds of toxicologic concern. The two important cardiotoxic alkaloids present are taxine A and taxine B.1,2 The cinnamate metabolites of both taxines are also cardiotoxic. Paclitaxel, which is of pharmacologic interest because of its antimitotic and anticancer effects, is also present in Taxus species and is potentially arrhythmogenic in some people; however, it is not the major toxic principle in this plant.

Taxines remain in the plant throughout the year, with the maximal plant taxine concentrations appearing during the winter.2 Dried yew plant material retains its toxicity for several months and remains a hazard to domestic animals.

The amount of plant material required to obtain a lethal dose is quite small: The LDmin in dogs is about 2.3 g of leaves/kg, or about 11.5 mg/kg of taxine alkaloids.2 So a dog could consume a potentially lethal dose while playing with Taxus species branches or sticks. Since cases have been recorded in which horses have collapsed within 15 minutes of consuming Taxus species, absorption of ingested taxine alkaloids in monogastric animals is rapid.1 One factor that may limit the ingestion of the leaves or bark is a volatile oil irritant in the plant.

In isolated guinea pig heart models, both taxine A and B are potentially cardiotoxic, but taxine B is significantly more potent.2 Taxine B has both negative inotropic and atrioventricular (AV) conduction delay effects.2 Taxine B-induced AV conduction delay produces the classic increase in the electrocardiographic QRS complex duration that is observed in people, pigs, and guinea pigs with yew toxicosis.2 The P wave may also be depressed or absent. Taxine B also acts as a class I antiarrhythmic drug and, thus, reduces cardiac contractility and the maximum rate of depolarization. Taxine cinnamate metabolites have an arrhythmogenic effect because of their ability to reduce coronary blood flow.

Volatile oil irritants in the plant may trigger acute gastroenteritis if the animal survives long enough. Clinical signs referable to central nervous system excitation have been observed in dogs. The mechanism of this effect is unknown.

Often, the first evidence of yew toxicosis is unexpected death. Clinical signs or death may occur within minutes to several days after plant ingestion. Clinical signs, when observed, may include trembling, dyspnea, nausea, vomiting, and diarrhea. In a nonfatal case of T. cuspidata ingestion in a dog, clinical signs relating to central nervous system disturbance (particularly mydriasis, tetanic seizures, and increased aggressiveness) and gastroenteritis lasting one week were reported.3 Clinical signs in experimentally poisoned canaries and budgerigars included vomiting, regurgitation, dyspnea, depression, weakness, a wide-based stance, ataxia, cyanosis, and death.1 As stated earlier, the most important electrocardiographic findings in poisoned mammals include bradycardia, depression or the absence of the P wave, and the increased QRS complex duration secondary to AV conduction delay.

Sadly, death is often the first indication of yew toxicosis, and little opportunity for therapeutic intervention may be available. No specific antidote exists, and successful treatment has never been demonstrated experimentally.

Induce emesis within one hour (preferably within 30 minutes) after ingestion with due clinical prudence in asymptomatic animals in which electrocardiographic anomalies are not present. If large amounts of taxine alkaloids have already been absorbed, inducing emesis carries the potential risk of triggering cardiac and central nervous system complications. When emesis is contraindicated, consider gastric lavage. If emesis is induced or gastric lavage is performed, carefully examine the gastric contents for yew leaves, and submit samples for taxine alkaloid determination. Decontamination involving activated charcoal administration has been effective in some cases of subacute yew toxicosis in ruminants, so administer activated charcoal to potentially poisoned companion animals.

Periodic electrocardiographic monitoring of the QRS complex interval and other cardiac arrhythmias for several days after exposure is important, even in asymptomatic animals. Avoid additional cardiac stressors or triggers of cardiac arrhythmias such as exercise, transportation, or excitement. Administering atropine sulfate has been suggested to counteract the cardiotoxic effects of taxines in domestic animals; however, Taxus species-induced arrhythmias in people are difficult to control.2,4 Use caution if administering atropine since it can increase myocardial oxygen demand and potentiate myocardial hypoxia and dysfunction. Atropine is considered to be more effective in yew toxicosis if it is administered early. Repeated high doses of intravenous lidocaine have been used successfully to control yew-induced ventricular fibrillation in one person.5 Intravenous boluses of hypertonic sodium bicarbonate were ineffective in reversing the widening of the QRS complex interval in swine with T. x media toxicosis.6

Other treatments are essentially symptomatic and supportive: fluid therapy to support blood pressure and maintain hydration and renal function; positive pressure ventilation if respiratory distress is present; antiemetics (e.g. metoclopramide 0.2 to 0.5 mg/kg orally, intravenously, or subcutaneously every eight hours); and gastrointestinal protectants (e.g. kaolin and pectin 1 to 2 ml/kg orally every six to 12 hours). Aggressive behavior and seizures should also be controlled (e.g. diazepam at 0.5 to 1 mg/kg intravenously or 4 mg/kg rectally in increments of 5 to 20 mg to effect).

Since yew toxicosis is often a postmortem diagnosis, preventing exposure is paramount. Make sure pet owners know that yew branches or leaves should not be used as play items for dogs or as perches for companion birds. And owners should dispose of yew trimmings by removing, burning, or burying the trimmings where animals cannot access them. 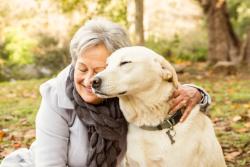