You may not have the title of “boss” or “manager” at your veterinary practice, but that doesn’t mean you can’t be a leader. Here’s how to prepare yourself for a leadership role.

I have read, written and presented many times about the characteristics of leaders. As with most subjective skills, “I know it when I see it.” Most people have a general understanding of what leadership looks and feels like. But aside from that rare individual who just seems to have been born to lead, most leaders become leaders as a result of circumstance and hard work. Leaders don’t spring from the oven fully baked like a gingerbread boy.

So, what steps can we take to become leaders? How will you be ready when the opportunity presents?

I recently read an article about some of the proactive steps we can take to become a leader. That led me to a number of other leadership articles offered by prominent business resources. It struck me that the guidance in all of these articles was similar: If you want to become a leader, start acting like one. Let’s review some of the steps we can take to step into leaders’ ruby slippers as prepared as possible.

It’s not about you

The first realization is that leadership is not about you. Calling yourself a leader or bossing people around is not leadership. Aristotle said, “We are what we do; excellence is not an act but a habit.” Being a leader means thinking about the needs of your team before your own—helping other people maximize their potential, sharing credit and shouldering blame. If you act like a leader, you are one.

Observe—and emulate—senior leadership in business, government or any place where success involves teamwork and leadership. Experts in leadership transition and development say it is never too soon to start preparing to be a leader. Find role models and mentors. Build relationships. It’s not who you know that matters, it’s who knows you. Motivational speaker Denis Waitley said, “If you are not networking, you are not working.”

Don’t wait until your position requires you to assume leadership. Instead, act like a leader even when it isn’t expected of you. How do leaders act? How do they behave? How do they conduct and carry themselves around others? How do they act when they think no one is watching? How do they speak, laugh, participate in conversations? What questions do they ask of others? What do they focus on every day? Are they respectful of others?

Learn to set your sights on long-term strategies rather than short-term goals, and to emphasize strategy over execution. Ask “why” something should be done, not how to do it, and focus on doing the right thing.

Senior leaders are committed to teamwork. There are no winners, no losers, no territoriality. Remember, just because your nametag says you are in a position to lead doesn’t mean people are lining up to follow you, and just because you are not officially a leader doesn’t mean you do not influence others. A leader is someone others want to follow based on trust and respect.

Be yourself. It makes it easier for others to connect with you. Act with confidence, but don’t be cocky. Be willing to make and own mistakes. Take risks with the understanding that while the goal is success, the possibility of failure remains.

Winston Churchill, generally considered one of history’s great leaders, said, “Success is not final, failure is not fatal; it is the courage to continue that counts.”Leaders carry on. 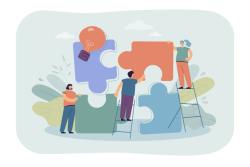 Team building is crucial to a successful practice 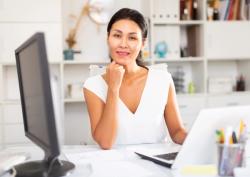