The vet on set

Kwane Stewart, DVM, discusses his work as the national director for American Humane’s No Animals Were Harmed and on the set of television shows and movies

In 2012, Kwane Stewart, DVM—a Fetch faculty member—was working as a municipal shelter veterinarian in Northern California and was feeling burnt out to the point that he considered leaving the veterinary profession entirely. However, as if by chance, Stewart came across the opportunity to become a movie set monitor where he would ensure stunts involving animals in movies would not harm these creatures.

“I didn’t know [this job] existed. You go on set, monitor the animal acts and the safety of the animals, and you write a report that goes back to the head office, and that’s your job. You bounced around from city to city or country to country. It is the coolest job probably in the world if you’re young and you have no ties,” said Stewart

“One day, you could be in Ireland for a week or 2 on a movie set, and we could jet you out to South Africa and you’re just on these cool movie sets, watching these really neat animals do action with Steven Spielberg,” he added.

As an animal safety representative, Stewart first has contact with the producers to decide whether he should be on set when filming the show or movie in case the animals need more protection. He will then get the script—under lock and key, he emphasized— along with signing a nondisclosure agreement.

Once he has the script, he will break out the animal action scenes and walk through them. Stewart will then go over them with the production staff to decide a schedule for him to come to set.

Eventually, Stewart discovered that American Humane was looking for a national director and decided to ‘Put his name in the hat.’ He went on to beat out approximately 150 veterinarians from all over the country for the job, and he left the shelter he was working at to head to Hollywood.

Once upon a time...working for Netflix

Around 2018, as Netflix began to grow into the powerhouse streaming service that it is today. Stewart explained that they were pulling talent into Netflix to be able to have the best of the best, which included him.

Although he was working on the set as a veterinarian, Stewart explained that he does not give medical treatments on the movie sets. Stewart’s role is to help keep the animals and the humans they interact with safe.

“I am not giving medical care. I’m not equipped to do that. It’s basically just me. I’m there to consult. Creatively, these directors have sometimes wild visions... and I’m the person who comes in and says, ‘No, that’s, that’s not really possible. Then we sort of work out what we can do to meet the creative vision, while keeping the animal safe,” said Stewart.

Through this line of work, Stewart has met so many people and traveled to so many places helping animals on the silver screen. When asked about his favorite memory, Stewart reflected on working alongside actor Brad Pitt on the film Once Upon a Time in… Hollywood.

“On this [particular] day, Brad Pitt was working [and] I’d never met Brad Pitt or never been on set with Brad. He was doing this stunt, and every time he would finish the stunt, and then reset, he’d come off camera [and] just happened to carve out a little space next to me,” he said. However, honoring film set etiquette kept Stewart from initiating a conversation with Pitt, he said.

Kwane Stewart , DVM, is a presenter for dvm360 UNLEASHED!, a new gamified, 2-part continuing education program. Join Stewart and fellow presenters and conference attendees for the first session, a keynote, on Saturday, 8-9 am; and the second session, a lunch and learn, on Sunday, 12:15-1:15 pm. 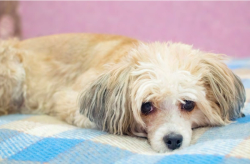 6 gait abnormalities and their neurolocalizations
Advertisement