The 12 Best Cities to Live in America

According to U.S. News & World Report, these are the best cities to live in.

There is evidence that suggests where you live has a direct impact on your happiness. And of course, some cities offer veterinarians better salaries and opportunities than others, but which cities truly are the best of the best?

Each year, U.S. News & World Report releases its list of the best places to live in the United States based on data from more than 100 U.S. cities in five key components — job market, value, quality of life, desirability and net migration.

One of the most notable jumps on the list this year was Colorado Springs, Colorado, which rose from No. 11 last year to the coveted second spot this year. Situated one hour from Denver, the city’s quality schools and cultural attractions are enticing new residents to put down roots. And for the second consecutive year, Austin, Texas took the top spot. Well-known for its budding music scene, the city attracts an estimated 50 new residents on a daily basis.

Here are the 12 cities deemed the best to live in America.

With a population of just over 1 million, Grand Rapids, Michigan has been dubbed "Beer City USA" because of the more than 40 breweries that call the city home. U.S. News & World Report gave the city a “quality of life” index of 7.7 out of 10.

Tennessee’s largest city has been generating buzz for the past few years. Known for its large music scene, the area has seen a boost in both tourism and new residents thanks in large part to its nightlife and dining scene.

Positioned along the Puget Sound with sprawling mountain ranges within view, Seattle offers residents the calmness the West Coast is known for combined with the bustle that city-dwellers thrive on. Home to both Amazon and Microsoft, many of the city’s jobs are concentrated in technology.

Nearly 3.5 million residents currently live in the “Twin Cities” — an area popular for its mix of big-city amenities and Midwestern roots. The area received a value index score of 7.9 based on U.S. News & World Report’s methodology.

Although synonymous with politics, the different districts within Washington, D.C. each have their own vibe. From artsy to affluent, the area is a hub for professionals in the education health services industries, as well.

With just under 45,000 residents, Huntsville is the smallest city in the top 10. According to the report, Huntsville is the fastest-growing city in Alabama and its technology companies and craft breweries are believed to be some of its top attractions for new residents.

Portland is celebrated for its residents’ self-expression, which has created an atmosphere for many independent businesses and entrepreneurs. Some additional factors that bolster the city’s appeal: Portland's unemployment rate is below the national average and residents of Portland earn more than the national average salary.

Fayetteville and the surrounding cities in northwestern Arkansas have become a hub for higher education, culture and commerce, and are home to the headquarters for Walmart and Tyson as well as the University of Arkansas. In addition to being one of this year’s best cities, Fayetteville also ranked No. 14 on U.S. News & World Report’s list of the best places in the country to retire.

Des Moines' strong job market and low cost of living have made it increasingly attractive to young families. The area received a value score of 8.5 due in large part to its picturesque suburban neighborhoods — which have a median home value of $181,217 — located within a short drive to an energetic downtown.

Although not considered a true mountain town, Denver is located at the base of the Rocky Mountains, making it a haven for outdoor enthusiasts. And when Colorado legalized recreational marijuana in 2012, Denver became a hub for the market.

An hour drive from Denver and in close proximity to ski resorts like Aspen and Vail, Colorado Springs ranked 10 out of 10 for its desirability. The job market in the area is mostly influenced by military jobs, but employment is also available in the medical innovation and technology fields.

The same art, music and festival scenes that draw tourists to Texas’ capital have made it an increasingly popular place to live. Since appearing in the No. 1 spot in 2017, Austin has grown even closer to amassing 2 million residents. 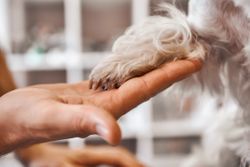 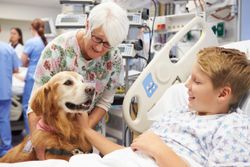