The results may help strengthen conservation efforts to protect dolphins and other regional marine mammal species.

The Morris Animal Foundation has funded researchers at the MareCet Research Organization in Malaysia to launch a study examining the effects of underwater noise on the behavior and stress levels of 2 locally endangered dolphin species—the Indo-Pacific humpback dolphin and the Irrawaddy dolphin. This research aims to accelerate conservation strategies for protecting dolphins and other regional marine mammal species.

“We want to understand if this noise pollution is impacting their vocalizations, making it harder to hear each other or forcing them to use more energy to whistle louder than the passing boats,” said Saliza Bono, PhD, MS, the study’s principal investigator, in the release. “We believe it could be potentially dangerous, making it difficult for them to hunt for food or even separating individuals from their pods.”

Throughout the next year, the team will analyze acoustic responses of both Indo-Pacific humpback dolphins and Irrawaddy dolphins in 2 sites in Northwest Peninsular Malaysia. Using a hydrophone—an underwater audio recording device—investigators will trace the dolphins’ sounds in relation to nearby boats.

The researchers will analyze the dolphins’ whistle rates, frequency levels and duration before a boat approaches them, while it passes and after it leaves. This data will be used to assess metabolic costs (stress levels) of the animals.

According to the release, whistles utilize a significant amount of a dolphin’s energy; therefore, if they are forced to whistle louder, longer or more frequently, it could cause them to expend energy needed to look for food. If a dolphin whistles less frequently during these periods, it may miss a critical opportunity to vocalize or signal danger to their pod.

“As with so many other species, it’s important to understand how our human activities are impacting them so we can adjust our behaviors to improve both their welfare and ensure their very survival,” she added.

The International Union for Conservation of Nature classifies Irrawaddy dolphins as endangered and Indo-Pacific humpback dolphins as vulnerable. These species inhabit tropical, coastal, shallow waters of Southeast Asia and due to their proximity to the land are threatened by pollution, habitat loss and entanglement in fishing nets. 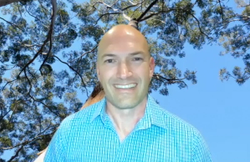 Ramifications of the Australian mouse plague 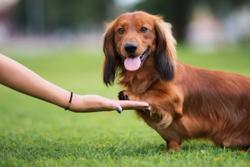 This week on dvm360: Nationwide announces winner of the 2021 Hambone Award, plus more veterinary news