The animals were evacuated to Canada after a nearly 6-month-long ordeal.

SPCA International announced the successful evacuation of 154 dogs and 131 cats stranded in Afghanistan. The 285 animals arrived at Vancouver International Airport via chartered plane on February 1 in a culmination of a 6-month-long operation by SPCA and partners: Kabul Small Animal Rescue (KSAR), War Paws, Marley’s Mutts, RainCoast Dog Rescue Society, and Thank DOG I Am Out Rescue Society.

“After doing everything in our power to make this evacuation a reality, we are thrilled to report that the animals have arrived safely in Vancouver, Canada, and are enjoying some well-deserved rest after their long journey,” said Lori Kalef, director of programs at SPCA International, “We are so grateful to our many partners for their tireless work on this rescue mission and are excited to report that the animals in our care are happy, healthy, and ready to find their forever homes or be reunited with their families.”

The withdrawal of US forces from Afghanistan in August 2021, along with the ensuing unrest and instability in the region, created a situation in which dogs and cats were increasingly abandoned as owners fled the country, according to a release from SPCA International.

SPCA International worked with its partners to arrange for the extraction of these animals to a safe location, overcoming numerous barriers such as travel restrictions and safety threats, including the August 26 bombing just outside the Hamid Karzai International Airport in Kabul.

The partner organizations handled these considerations, as well as issues such as housing, care, and feeding as logistics problems were solved. An additional hurdle, and one of the reasons the animals were brought to Canada over the US, was the temporary CDC suspension on importing dogs from 100 countries with a high risk of rabies.

“The scope of this mission was truly amazing, with monumental efforts spanning two continents, six organizations, and countless hours in order to reach the finish line,” said Jesse Adams, Founder of RainCoast Dog Rescue Society. “We are so proud to have played a part in bringing this historic rescue to fruition.”

The animals are currently housed in a temporary shelter in Vancouver, awaiting adoption or a reunion with their owners. According to SPCA International, local Canadian organizations are providing resources and support for the rescued animals: No Dogs Left Behind, Rosier Days Dog Rescue, Cats Cradle Animal Rescue, and Greater Victoria Animal Crusaders.

“It’s incredible to see our temporary shelter filled with canine and feline friends, and we’re thankful to each and every volunteer helping to operate this space for making our mission possible,” said Susan Patterson, Founder of Thank DOG I am Out Rescue Society. “We are committed to creating new and wonderful lives for the animals left behind during the chaos of the withdrawal of US forces from Afghanistan.”

“Everything we do, we do for the creatures without a voice to advocate for themselves. This mission has proven that our impacts on their behalf are greater when we come together,” said Zach Skow, founder of Marley's Mutts. “We believe deeply in creating second chances for animals and couldn’t be happier for the hundreds of dogs and cats who will now have theirs.” 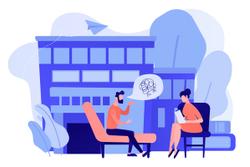 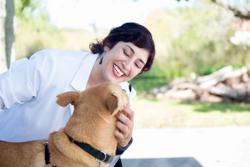