No new veterinary program for University of Arizona-yet

The University of Arizona's proposed new veterinary program will have to look elsewhere for funding. In late March the Arizona Senate voted against a legislative amendment introduced by Sen. Steve Pierce (R-District 1) asking for the estimated $4.5 million in funding the program would need.

Sen. Lynne Pancrazi (D-District 4), assistant minority leader, stood up in support of the amendment emphasizing that the unique program will cut the time it takes to earn a DVM degree from eight to six. "It would make Arizona stand out in the country for being one of the best universities for agriculture and veterinary science," she says. But shortly afterward, the motion was put to a vote and the nays outweighed the yeas.

Though Pierce's motion failed, the Senate did vote to give the university $2.5 million to use as it sees fit, says Devon Mills, Arizona Senate majority staff intern. Shane Burgess, vice provost and dean of the College of Agriculture and Life Sciences at the university, says the money will not be used to fund the new veterinary program. Rather, the plan will be redesigned to be funded through philanthropic contributions and a new revenue business plan that works without state funding and within the context of the university's budget process, he says in a release.

Arizona isn't the only school struggling for state veterinary funding; the $30 million enhancement and expansion project planned at The Ohio State University College of Veterinary Medicine is also facing a gap in funding. While the two instances may not yet constitute a trend in the veterinary field, industry analyst John Volk of Brakke Consulting believes the profession is starting to take note of important changes. "I suspect that the growing body of data regarding excess capacity in the veterinary field is having a dampening affect on investment in new or expanded veterinary schools," he says. "Several months ago the proposed veterinary school in Buffalo, New York, was also put on hold."

The dilemma for state schools, Volk continues, is that they need to generate as much tuition revenue as they can to offset the loss of support from tax dollars. "That encourages larger class sizes," he says. "However, I believe that the deans are becoming increasingly aware of the challenges new graduates face in finding well-paying jobs."

Midwestern University, a private institution in Glendale, Ariz., does have a college of veterinary medicine which provides an in-state option for prospective veterinary students. 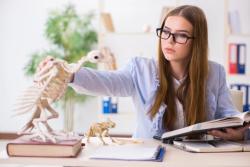