Mind Over Miller: Are we too specialized? Part 1: Human medicine

Dr. Robert M. Miller raises his concerns about the shortage of general practitioners.

According to CNN News, only 2% of the students in U.S. medical schools intend to go into general practice or family practice. It is anticipated that we will soon be faced with a shortage of more than 40,000 general practitioners.

I wish it were policy that no medical school graduate could take a residency in a specialty unless he or she had a minimum of two years of general practice beforehand. Why? For several reasons.

1. It would enable the young doctor to find out if he or she had an affinity for the specialty and a talent for it.

2. It would encourage the future resident to practice a couple of years in areas that badly need doctors. The income would help the recent doctor pay for his or her very costly education. And some doctors would be happy in general practice and stay there, helping to fulfill the frontline of medical practice, the general practitioner.

3. Most important, a few years in general practice would provide an invaluable foundation for a future specialty. Such a foundation is badly needed by many of today's specialists and superspecialists.

I think medicine has become overspecialized, especially on the frontline. A long-time friend who is a retired medical school dean agrees. He says medicine today is fraught with tunnel vision combined with excesses due to the fear of malpractice suits.

As an illustration, let me tell you about my daughter, who is a travel writer. She spent a month in Ecuador on assignment and, while there, ran the Amazon and climbed a 20,000-ft volcano. She came home covered with insect bites and, two weeks later, had swollen and painful joints, fever, skin lesions, and discolored fingernails. She was also short of breath, and radiographs revealed lung lesions. A scan (the first of 10) showed visceral lesions.

At this point, I went to a veterinary conference, and, while I was sitting with three colleagues, I described my daughter's syndrome. Two of the veterinarians said they thought it sounded like bartonellosis or histoplasmosis. The third asked if they have Lyme disease in Ecuador.

A long-time friend and colleague, Dr. Alice Villalobos, joined us and asked what we were talking about. I told her, and she said, "She almost surely has a parasitic or a vector-borne disease. She should take two doses of ivermectin and go on doxycycline for two weeks. Don't wait for a diagnosis."

I passed this on to my daughter, who by this time was being shunted from one specialist to another, nearly all of whom could not relate her syndrome to her trip to South America.

Nearly two years and 76 specialists later, she had been erroneously diagnosed with Hodgkin's lymphoma and non-Hodgkin's lymphoma. She had been told by dermatologists that she had scabies and scleroderma. Most of this was at a university medical school.

I contacted Dr. Edward Breitschwerdt, a professor at the North Carolina State University School of Veterinary Medicine. He is one of the world's leading authorities on bartonellosis. He requested a blood test. My daughter's doctors deferred but eventually complied. The test results were positive for Bartonella vinsonii.

Meanwhile, a laparotomy was advised because by the this time the presumptive diagnosis was gastrointestinal stromal tumor (GIST), most likely sarcoma.

The surgeon called me from the OR where they had removed a variety of visceral lesions.

"I know you are concerned," he said. "The pathologist's report here in the OR is that there is no evidence of malignancy."

"I never thought she had a malignancy," I replied. "She has bartonellosis."

For two years, I told this story to colleagues without mentioning bartonellosis. All 14 said that it sounded like a vector-borne disease. But, of course, they are all general practitioners.

What has all of this to do with veterinary medicine? I'll tell you next month, and it's not because one variety of Bartonella species causes cat scratch fever.

Robert M. Miller, DVM, is an author and a cartoonist, speaker, and Veterinary Medicine Practitioner Advisory Board member from Thousand Oaks, Calif. His thoughts in "Mind Over Miller" are drawn from 32 years as a mixed-animal practitioner. Visit his website at robertmmiller.com. 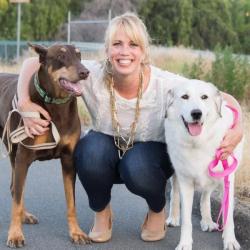