The new cub is in good health and will spend time with its mother behind the scenes for the next few weeks.

Lincoln Park Zoo has announced the birth of a lion cub for the first time in 20 years. Currently not named or sexed, the healthy youngster was born on March 15, 2022.

According to an organizational release,1 Zari—a 3-year-old African lion—birthed this cub as part of the African Lion Species Survival Plan (SSP), a cooperative population management effort throughout the Association of Zoos and Aquariums (AZA)-accredited institutions.

“It’s exciting to welcome the new addition to Pepper Family Wildlife Center, as the cub marks the first offspring born at this new state-of-art habitat as well as the first cub born at Lincoln Park Zoo in 20 years,” said Mike Murray, the curator of mammals, in the release.1

“The pride was formed as part of the African Lion Species Survival Plan® with anticipation that breeding could occur. This cub’s arrival signifies the lion pride, which arrived at the zoo this past fall, feel at home in their new habitat and are receiving the best possible care,” he added.

African lion cubs begin nursing within 24 hours after birth, and they open their eyes after a few days. Throughout the next few weeks, the cub will start to venture and investigate its surroundings according to the release.1

The cub will remain behind the scenes and not visible to the public with its mother at the zoo’s Pepper Family Wildlife Center as it develops over the next few months. Like in the wild, for the initial 6 weeks, the mom and her cub will stay close to their den. Throughout this time, engagements with animal care staff will be based on Zari’s comfort, and the pair will be closely observed remotely via camera.

“First-time mother Zari has been very attentive and is showing the necessary maternal instincts to care for the cub, including nursing and grooming,” said Murray, in the release.1 “With all births at the zoo, especially with a first-time mom, we remain cautiously optimistic and hope the cub will continue to pass critical milestones.”

“We look forward to welcoming guests this summer to celebrate the cub’s arrival when the youngster will be visible at Pepper Family Wildlife Center,” he continued.

According to the release,1 Zari was suggested to breed with 4-year-old male African lion Jabari, making this cub the pair's first offspring. Zari was born at Riverbanks Zoo & Garden in 2018 while Jabari was born in 2017 at Blank Park Zoo. They were welcomed to Lincoln Park Zoo in the fall of 2021 for the debut of Pepper Family Wildlife Center. 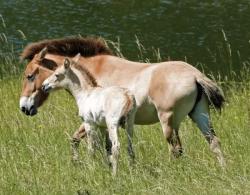 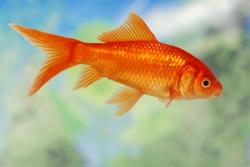