Just Ask the Expert: Is there a role for melatonin in dogs and cats with IMHA?

This hormone is already embraced by some veterinarians for various conditions. Dr. Christopher Byers explores whether there is an indication for immune-mediated hemolytic anemia.

A. Melatonin is a hormone produced in the pineal gland of the brain. In people, melatonin secretion is influenced by the amount of light to which the body is exposed. Thus, traditionally it is thought to help regulate our normal waking and sleeping cycles. For example, melatonin levels increase in the evening and decrease in the early morning. Because of this effect, many people take oral melatonin supplements to treat disorders such as insomnia, jet lag and seasonal affective disorder. Many emergency veterinarians use melatonin to help control their sleep patterns when working overnight shifts.

The use of melatonin for immune-mediated diseases comes from extrapolation from human literature. One study reported the successful control of refractory idiopathic thrombocytopenic purpura in three human patients after melatonin administration.1 This same group of researchers also documented resolution of severe hemorrhage due to refractory idiopathic thrombocytopenic purpura with melatonin administration.2 Current evidence suggests melatonin may be a helpful non-immunomodulatory therapeutic adjunct for patients with immune-mediated thrombocytopenia (ITP) because it promotes the fragmentation of megakaryocytes, thus increasing the number of circulating platelets.

Melatonin may promote glucocorticoid resistance. Glucocorticoids are commonly used as first-line therapeutic agents in patients with immune-mediated conditions since this class of drug suppresses peripheral T helper (Th) cell responses. Uniquely, T cells may lose their sensitivity to glucocorticoids, complicating medical management. In people, one theory to explain reduced T cell sensitivity to glucocorticoids is the effect of IL-2. In people, lymphocytes are an important physiological source of melatonin, as they can synthesize and release large quantities of melatonin. Lymphocyte-derived melatonin appears to be directly linked to the release of IL-2. IL-2-induced glucocorticoid resistance through stimulation of opioid cytokines in T lymphocytes and/or direct inhibition of glucocorticoid receptor expression has been documented in people.5 Should a similar process of glucocorticoid resistance occur in dogs and cats, concurrent use of cyclosporine may be of logical benefit. Cyclosporine inhibits IL-2 and interferon gamma production through calcineurin inhibition.

As veterinarians, we still have a tremendous amount to learn about melatonin. Unquestionably, research regarding its use in our patients with immune-mediated diseases is needed. 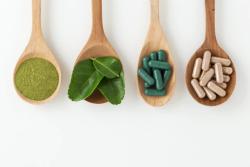 An inside look at integrative medicine 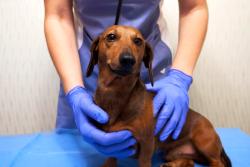