A new paper explores the nutritional adequacy of vegetarian diets for pets and how they compare to meat-based diets.

Paleo, pescatarian, ovo-lacto vegetarian—our own dietary choices run the gamut these days, but how well do our dogs and cats fare on non-traditional diets? A new paper explores the nutritional adequacy of vegetarian diets for our pets and how they compare to meat-based diets.

A recent paper, published in the international open-access journal, Animals, from the Multidisciplinary Digital Publishing Institute in Basel, Switzerland, reviewed four studies on the nutritional soundness of vegetarian and vegan diets in companion animals. In this paper, the authors note that in 2010 some 75 million people around the world were vegetarian—eating a plant-based diet that may or may not include eggs, dairy, or honey. A vegan diet precludes all animal-based foods. With diets high in animal products linked to the rise of certain chronic diseases, vegetarians often eschew meat for a combination of health, ethical, environmental, safety, and animal welfare reasons.

Concerns over mass-produced pet foods add to the scrutiny over just what we are putting in our pets’ food bowls. In 2007, the US Food and Drug Administration (FDA) began investigating cases of pet food contaminated with the industrial chemical melamine, which led to kidney failure and death in pets and a recall of about 150 pet food products. While the FDA was not able to pinpoint the number of pets affected by the outbreak, a study conducted by the American Association of Veterinary Laboratory Diagnosticians on the contamination confirmed 347 cases of pet food-induced nephrotoxicity in cats and dogs.

The authors of the recent study on vegetarian diets for dogs and cats examined how safe and nutritionally complete these diets are, taking into account the ancestral diet of today’s domestic pets. Dogs and cats are equipped to hunt, eat, and digest captured prey animals, and their intestinal tracts and digestive enzymes are different from those of herbivores, which need more prolonged processing and digestive time. As dogs and cats became domesticated over time, human food scraps became an increasing part of their diet, causing behavioral and physiological adaptations to a more varied diet that included plant-based foods. Today, domesticated dogs can metabolize carbohydrates and subsist on a lower protein diet than their wolf ancestors, effectively making them omnivorous. Cats, on the other hand, have continued to hunt more over the years and have thus gone through fewer of the physiological changes that would adapt them to an omnivorous diet.

In the paper, the authors note that rather than specific ingredients, cats and dogs require specific nutrients such as proteins, amino acids, vitamins, minerals, and certain fats. As such, they argue, any diet that can provide these nutrients—whether meat-based or plant-based—should be able to meet a companion animal’s dietary needs. “Cats and dogs can be maintained on vegetarian and vegan diets, but they must be nutritionally adequate and reasonably balanced,” says author, Andrew Knight, BVMS, MRCVS. “Owners are advised to use a nutritionally complete commercial diet, or to add appropriate nutritional supplements to homemade diets.”

In their review of several papers analyzing the nutritional quality of vegetarian pet foods, the authors cite a study showing that veterinary vegetarian diets may be produced with higher quality control measures and better meet the nutritional and labelling requirements of pet food than over-the-counter vegetarian diets. That study included 13 dry and 11 canned vegetarian products, though none were completely free of animal-derived nutrients.

Another study analyzed four canine and two feline diets and found that while they mostly fulfilled nutritional requirements, three had deficiencies in calories, one was deficient in protein, three were deficient in potassium, and other deficiencies in vitamins and amino acids were also noted. In yet another study of 12 vegetarian foods in Europe, the researchers were only able to recommend two of them without reservation. The rest were insufficient in various nutrients. However, the authors cited other studies that point out that although concerns exist about the nutritional adequacy of vegetarian companion animal diets, these concerns are not limited to such diets; they also include a wide-range of meat-based diets.

To highlight just how effective a vegetarian diet can be, the authors highlight a study comparing plant-based and meat-based diets in 12 racing Siberian huskies. In that study, half of the dogs received a commercial diet containing poultry and the other half received a maize gluten and soybean meal. The study took place over 16 weeks, including 10 weeks of competitive racing, and at the end of the study all dogs were found to be in excellent health with no cases of anemia or detectable health problems.

“A significant and growing body of case reports have indicated that cats and dogs maintained on vegetarian or vegan diets may be healthy. Reported benefits include improved coat condition, allergy control, weight control, increased overall health and vitality, arthritis regression, diabetes regression, cataract resolution, and decreased incidences of cancer, infections, hypothyroidism and ectoparasites,” says Dr. Knight. “These case reports do not meet the standards of the well-designed randomized controlled trials, that are considered the cornerstone of evidence-based medicine. However, several peer-reviewed population studies have also demonstrated that cats and dogs maintained on vegetarian diets may be healthy—including those exercising at the highest levels.” 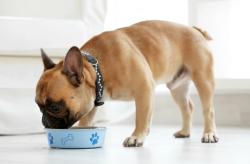 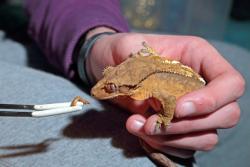