In the most recent installment of Toxin Tails, a hamster named Professor Sweetcheeks got his paws on something that wasn't so sweet—sertraline, the active ingredient in Zoloft.

"Our 11-year-old son Gregory begged for a pet hamster, and named him Professor Sweetcheeks," said Christie of St Louis, Missouri, in an organizational release.1 "A few months ago, we let Professor Sweetcheeks scurry around the kitchen island while we cut up carrots for him, and the next thing we knew, he was eating a Zoloft that was accidentally left on the counter. When we couldn't remove the pill from his cheek, I asked my husband Greg to call poison control. They informed us the closest emergency hospital that treated rodents was 45 minutes away."

Christie loaded up the minivan with Professor Sweetcheeks' cage and made her way to the animal emergency hospital while Greg took the kids to school and their extracurrriculars. The family was taking a trip to Lake of the Ozarks, so Christie planned to meet back up with the family there when the hamster was released from the hospital.

When they arrived at Fox Creek Veterinary Hospital in Wildwood, Missouri, Shanna Nelson, DVM, worked on getting Professor Sweetcheeks to empty his cheek pouches while on the phone with the Pet Poison Helpline team. They removed dissolving pill material, though it was highly likely the hamster ingested some of the medication. His cheeks were flushed with water after emptying and he was administered activated charcoal to prevent absorption of any leftover medication in his GI tract. Then, they had to identify if Professor Sweetcheeks had ingested a toxic amount of sertraline.

"There is no specific toxic dose amount of sertraline for hamsters," stated Renee Schmid, DVM, DABVT, DABT, a senior veterinary toxicologist at Pet Poison Helpline, in the release. "Given their relationship with other rodents used when the drug was being studied, however, we were able to determine there was a severe risk for poisoning, which can result in central nervous system (CNS) and cardiovascular signs. We recommended decontamination, monitoring and supportive care including fluids, sedation and methocarbamol, which is used to treat muscle tremors."

When the hamster was being treated, the hospital staff realized he also had severe dental disease. At Fox Creek Veterinary Hospital, all of Professor Sweetcheeks' treatment needs were met.

"Although Professor Sweetcheeks made a full recovery, it could have been much more serious," shared Schmid. "According to data from the National Health and Nutrition Examination Survey released by the Center for Disease Control (CDC), 13% of adults aged 18 and over used antidepressant medications in the past 30 days. The growth in the use of medications like Zoloft means more pets are in potential danger of accidental poisoning."

"The moral of this story is -- don't leave your family's medication on the counter if you have a pet," concluded Christie, in the release. "Hundreds of dollars later, and multiple trips to the veterinarian in one day, we learned our lesson. We're just relieved that Professor Sweetcheeks is still his curious, cuddly self and didn't experience any seizures. He recuperated in the Ozarks, where we woke him every few hours to check on him."1 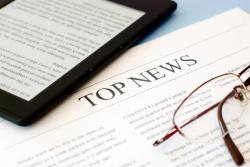