Episode 43: How artificial intelligence can expand your range and depth of veterinary care

On this episode of The Vet Blast Podcast, Dr Adam Christman is joined by SignalPET founder Dr Neil Shaw, who explains how (and why) artificial intelligence (AI) is advancing veterinary radiology.

Preventive care protocols are well established in general practice, Shaw says, but "models for treating common illnesses and injuries in primary care practice really have not been well established." “Not all cases need to be referred,” he tells Adam Christman, DVM, MBA, in this episode of the Vet Blast Podcast. And he saw technology as the only way to accomplish that goal.

SignalPET was created to help clinicians gain more diagnostic value from traditional radiographs. Powered by patented artificial intelligence, SignalPET provides objective, reliable AI results on over 50 of the most common routine radiology findings seen by general and emergency veterinarians. Learn why veterinary professionals around the country are choosing SignalPET for high-quality radiology results that lower costs and save time at www.signalpet.com.

Shaw and Christman also talk about the differences between AI results and radiology consultations, plus how AI can operate as a “second set of eyes” for radiologists in veterinary medicine.

A radiology consultation is broken down into 2 parts, Shaw says: identification of the image and recommendations on combining the clinical history, including other input, and laboratory results. Then the radiologist makes case recommendations.

On the other hand, the AI can recognize what’s on the image–allowing for recommendations based on history, signalment and input from veterinarians who submitted the films to occur sooner than later. “[AI] is really the bailiwick currently of radiologists and that’s what folks tend to rely on a radiologist for,” says Shaw.

According to Shaw, one of the most amazing aspects of AI in radiology is the diverse patient group, which often prompts this question: If the patient isn’t exactly straight or the position isn’t 100% perfect, would the system be able to tell normal from abnormal? Shaw notes that radiologists realized very early on all those challenges like species, size, and position did not affect the results at all.

Listen below for more from Shaw on how AI in radiology could help your practice. 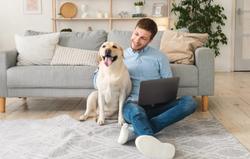 This week on dvm360: marketing toward millennial pet owners, plus more veterinary news 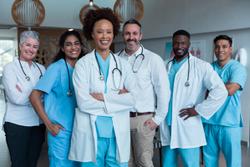 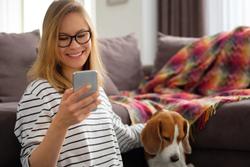 Marketing to millennial veterinary clients and beyond