In this episode of The Vet Blast Podcast, Dr Adam Christman is joined by Destination Pet’s Chief Medical Officer, Dr Pam Hale, who discusses her path to corporate veterinary medicine and her thoughts on the current state of diversity, equity, and inclusion within the profession.

At the ripe age of 7, Pam Hale, DVM, MBA, discovered her calling to become a “dog doctor.” Although she didn’t grow up seeing any veterinarians who looked like her, that never dampened her dream.

“I didn’t meet my first Black veterinarian until college [at Tuskegee University College of Veterinary Medicine]. All of the instructors were [Black], and after doing various summer programs and different alumni practices, I ended up meeting the majority of Black and minority veterinarians that way.”

In her candid talk with Adam Christman, DVM, MBA, Hale opens up about her journey to becoming a Black veterinary chief of staff in a predominately White industry. She also shares her thoughts on the current state of the profession in regards to diversity, equity, and inclusion (DEI).

Post-graduation, Hale worked at a private practice owned by a Tuskegee alum for 9 years before setting forth on a new path that would eventually lead her to Atlanta. “I wanted to try something different," she tells Christman.

So, when the opportunity presented itself, Hale took it head-on, landing her into corporate veterinary medicine in the late 90s. “I say a lot of it was dumb luck, but it was also being at the right place at the right time. I took every opportunity that came my way.”

Hale says for years, she watched other people who didn’t look like her, and who had less experience and success get promoted before her, a grim reality that other minorities in the field can relate to.

Commenting on the current racial climate in veterinary medicine, Hale says change is happening slowly. While there aren’t as many Black and minority veterinarians to promote for leadership roles, “we are here, aspiring for those positions. We want the opportunity,” she says.

Listen below to learn more about Hale’s story and her view on DEI efforts. 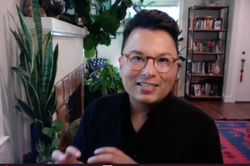 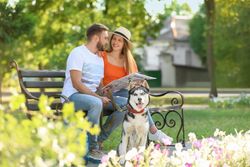 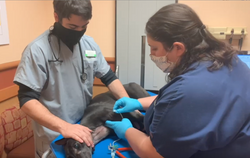