The chinchilla (Chinchilla lanigera) is a small rodent originating from the Andes Mountains of South America. Chinchillas have been trapped to near extinction in their native countries.

The chinchilla (Chinchilla lanigera) is a small rodent originating from the Andes Mountains of South America. Chinchillas have been trapped to near extinction in their native countries. In Chile in 1918, Mathias Chapman was given permission to export a few chinchillas from Chile to start a captive breeding program. He caught only 12. These chinchillas were shipped to America and serve as the breeding stock for all of the chinchillas in today's market. 2 species of chinchillas are recognized: C. brevicaudata and C. lanigera. Only the C. lanigera were caught by M. Chapman and it is unknown if any of the C. brevicaudata exist.

Their lifespan is much longer than most rodent species averaging 10 years with 18-20 years possible in some individuals. The male averages 400-500 grams in body weight and the female is slightly larger at 500-600 grams. They are clean, odorless, and inquisitive animals and can be relatively easy to care for.

Chinchillas are generally nocturnal and prefer a quiet environment during the day. Chinchillas are active and require a fair amount of space. They like to jump and climb and a large multilevel cage is recommended. A wire mesh cage is better than wood because they like to gnaw. The mesh must be small enough to prevent foot and limb injury and part of the floor should be solid. Bedding should consist of Aspen or pine shavings or recycled newspaper litter. A hiding/sleep box is necessary this prey species.

Chinchillas are fastidious groomers and require dust as part of their daily bathing. The dust is a fine mixture of Fuller's earth and silver sand (1:9) and is placed in a container large enough for the chinchilla to roll around in. These baths need to be kept clean and free of feces and should be removed when not in use. Overuse of the dust bath can lead to conjunctivitis due to irritations in some chinchillas.

The chinchilla's native habitat consists of low humidity with sharp variations between daytime and evening temperatures. High temperatures and high humidity must be avoided year-round. Chinchillas are comfortable at cooler temperatures (>32°F) and can suffer from heat stroke if the environmental temperature climbs above 80°F, especially when coupled with high humidity.

In the wild, chinchillas survived on a diet of grasses, cactus fruit, leaves, and the bark of small shrubs and bushes. Captive chinchillas need a diet high in fiber to prevent enteric problems. The basic chinchilla diet consists of good quality grass hay (timothy or orchard) and a small amount of chinchilla pellets. Because the diet must be high in fiber, the sole feeding of pellets must be avoided. Limit pellets to 1-2 tablespoons per day. Small amounts of greens and fruit can be offered as treats. Any change in diet should be done gradually and fecal output should be monitored.

Sexual maturity for both sexes usually occurs between 7-12 months of age. The female has two uterine horns that open separately into the cervix. There is a vaginal closure membrane that is only open during estrus and parturition. They are seasonally polyestrous from November to May with an estrous cycle of 30-50 days. The gestation period is long at 105-115 days and the babies are precocious. The female has a cone-shaped clitoris that at quick glance may resemble a penis. The male has open inguinal rings and the testes are located inguinally without a true scrotal sac. Adult male chinchillas may suffer from paraphimosis caused by a ring of fur caught around the penis inside the prepuce ("fur ring"). The penis of all male chinchillas should be checked during physical examination and fur rings removed.

Chinchillas are usually easy to handle and rarely bite. However, they can be shy and nervous and reluctant to stay still for prolonged periods. The best approach is to gently hold the animal around the thorax. Alternatively, the tail can be held at the base as long as the body is supported (usually by ones arm). Chinchillas that are handled roughly will release a patch of fur, leaving the skin clean and smooth ("fur slip"). Fur re-growth may take several months. A small hand towel fashioned into a chinchilla "burrito" can be used as restraint when examining the head and mouth.

The extremely thick fur of the chinchilla can disguise weight loss (much as do the feathers on a bird). Palpation of the thorax and ribs will reveal emaciation when present. Most adult chinchillas weigh between 400 – 700 grams. The male chinchilla is normally smaller than the female.

Chinchillas often object to having their temperature taken (normal rectal temperature is about 99 – 102 F, 37-30 degrees C). Just make certain you are placing the thermometer into the correct orifice.

The pads of the feet should be examined for irritation or urine scald. Chinchillas are more active, less heavy-bodied, and possess greater ground clearance than these species, thereby reducing the incidence of contact related problems such as bumblefoot, scrotal dermatitis, urine scald, etc.

Hydration should be assessed, utilizing several of the same criteria as in other small animals. Elasticity of the skin is easiest to measure. Dehydrated chinchillas will usually also have dull, dry, sunken appearing eyes. Evaluation of the mucous membrane will also help detect dehydration.

One of the more difficult and most necessary parts of the PE on a chinchilla is visualization of the teeth - both the incisors and the molars. In young chinchillas an oral examination will often reveal primary incisor malocclusion that is either congenital or traumatic in origin. If the anorexia and malnutrition have not persisted for a prolonged period, incisor trimming will often allow the chinchilla to return rapidly to eating. Older chinchillas that present with signs of malocclusion often have a primary molar malocclusion that has developed over time due to inappropriate diet, insufficient opportunity to chew, or ill health. Various devices for examination of the molars in awake and anesthetized chinchillas have been advocated. The oral examination is often the last part of the PE, since the animal may object strenuously, making a calm physical examination impossible. If pathology is found in the molars there is little reason to continue the oral examination awake. Visualization and correction of the molar malocclusion and other oral lesions can be completed later when the chinchilla is under anesthesia.

Auscultation of the lungs and heart in a chinchilla can be difficult due to the rapid respiration (normal 40-80/min.) and the small area occupied by the thoracic cavity. The heart rate can vary tremendously with the state of excitation, generally ranging between 200-350 beats/minute.

Blood samples can be taken from the lateral saphenous, cephalic, or ear vein for small samples. The jugular vein or cranial vena cava should be used if larger samples are necessary. Anesthesia should be used for collection of samples of blood from these sites.

Clients may present their chinchilla for decreased appetite and weight loss. Less observant owners may present the chinchilla for lethargy or depression only, and often this is at a later stage in the progression of the disease. The owner should be questioned as to whether the chinchilla shows no interest in food, or if it seems initially enthusiastic, then has difficulty or is reluctant to actually eat. A young chinchilla that is hesitant to eat, loosing weight, with scant stools, may have a primary incisor malocclusion that has allowed overgrowth of the incisors to where eating is uncomfortable or impossible. The history may include observation of moisture around the lower lip, chin and chest. This may be perceived as the animal being a "messy drinker", or having some weakness or problems with swallowing. Other causes of anorexia in chinchillas include: improper diet, molar malocclusion, excessive heat, respiratory infection/pneumonia (from either poor ventilation, or infectious conditions), foreign body ingestion, lack of sufficient exercise resulting in subsequent gastrointestinal stasis, systemic infection, or trauma.

If a chinchilla presents with a "skin problem" the history may be helpful in the diagnosis. Husbandry problems, such as too high an environmental temperature or insufficient access to a dust bath may contribute to a "scruffy' appearing hair coat. Chinchillas kept with other chinchillas may have compatibility problems as barbering of a cage mate is a common occurrence. Self-barbering can also occur, whether as a response to boredom, malnutrition, or both. Access to the outdoors, or to potentially contaminated hay or other bedding material, may make dermatophytosis (usually Trichophyton mentagrophytes) more likely. Dermatophytosis usually presents on the less-furred areas, such as the face, ears and feet. The appearance is much like that in other species: scaly, generally circular areas of alopecia. A fungal culture should be performed to confirm the diagnosis.

The eyes of a chinchilla protrude much like that of a rabbit. Luckily, they seem more readily responsive to treatment. On occasion, overuse of the dust bath, or lack of hygiene in the dust bath will be the inciting cause. Both conjunctivitis and corneal ulceration are common, and blepharospasm may occur with either or both conditions. Corneal ulceration is readily detected with fluoroscein stain. As with other animals, if the conjunctivitis or corneal ulceration does not rapidly resolve with routine topical treatment, further ophthalmic examinations should be performed.

A common presenting complaint in chinchillas is diarrhea. Once again husbandry, specifically incorrect diet, is often the cause. Lack of sufficient fiber is very common in chinchillas when the owners elect to feed primarily pellets and treats. Infectious causes of diarrhea do occur, but these are mostly opportunistic pathogens that affect young chinchillas or adult animals with concurrent debilitating conditions (such as malocclusion which can lead to inanition, gut stasis, and subsequent bacterial overgrowth). Treatment can consist of as little as diet change (inc. fiber) to supportive care with parenteral fluids and syringe feedings.

Interestingly, the same husbandry problems that lead to diarrhea can cause constipation and straining in chinchillas. Insufficient dietary fiber may cause constipation. Lack of exercise and obesity may also cause straining to defecate, and small, dry, scant pellets, sometimes with fresh blood on the outside, and containing copious amounts of fur. Chinchillas that have restricted exercise are often the ones that occupy their time by chewing fur – either their own, or a cage mate's. 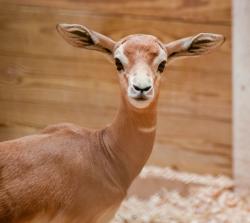