The process of choosing an appropriate diet for an animal with cardiac disease involves examining the patient, the diet, and the owner's feeding practices and considering all the issues at hand.

The process of choosing an appropriate diet for an animal with cardiac disease involves examining the patient, the diet, and the owner's feeding practices and considering all the issues at hand. Generally, there is not a single "best" diet for all animals with cardiac disease. What might be the best diet for one animal may be contraindicated in another. Therefore, it is important to assess a number of different factors to determine which diet or diets might best suit a particular patient.

In general, the nutrients of concern in cardiac patients are calories, sodium, protein, potassium, and magnesium. However, patients with cardiac disease vary tremendously in terms of their clinical signs, laboratory parameters, and food preferences and these will all affect diet selection. Some of the parameters that influence the appropriate diet choice for animals are listed below:

Animals with congestive heart failure (CHF) will need more restriction of dietary sodium than will those with asymptomatic heart disease.

Some cats and dogs with cardiac disease will be overweight while others will have weight and muscle loss (cardiac cachexia).  In the case of an obese patient, a calorically restricted diet providing appropriate levels of other nutrients of concern should be selected while a calorically dense diet is required for patients with weight loss.

Two thirds of dogs and more than half of cats with cardiac disease have concurrent diseases that might influence diet selection. For example, some dogs with CHF might also have chronic renal failure and this might necessitate protein restriction (whereas patients with cardiac disease alone should not be protein restricted). Cats with hypertrophic cardiomyopathy (HCM) might also have concurrent struvite urolithiasis. These cats would need a diet that is sodium restricted but also one that has nutritional modification to reduce the risk of struvite urolith formation.

Some dogs with CHF will be hypokalemic while others (especially those receiving angiotensin converting enzyme inhibitors) can be hyperkalemic. Diets vary in terms of the potassium content and this might also affect diet selection. Taurine deficiency is associated with feline dilated cardiomyopathy (DCM; although most current feline DCM cases are taurine independent) and some cases of canine DCM in certain breeds. If taurine deficiency is documented, taurine supplementation is warranted.

Based on these and other patient parameters, a diet or diets can be matched to the individual patient. For an animal with cardiac disease without CHF (ie, a dog with chronic valvular disease with no clinical signs or an asymptomatic cat with HCM), the author currently recommends only mild sodium restriction but counsels the owner to avoid diets high in sodium (<100 mg Na/100 kcal) and to avoid treats or table food that are high in sodium. Most owners are unaware of the sodium content of pet foods and human foods and need very specific instructions regarding which foods are appropriate.

When CHF first arises, additional sodium restriction is recommended (<80 mg Na/100 kcal). Diets designed for animals with renal disease are not recommended for cardiac patients (unless there is concurrent severe renal failure) because of the protein restriction inherent in these diets. One must also be careful to avoid certain canine cardiac diets which are very protein restricted as this can contribute to muscle loss (cardiac cachexia). As CHF becomes more severe, more severe sodium restriction may allow lower dosages of diuretics to be used to control clinical signs. There currently are a number of commercial veterinary diets available that are specifically designed for dogs and cats with cardiac disease. The specific characteristics of these foods vary in sodium and chloride (as well as protein levels). Some also contain added taurine, carnitine, antioxidants, and omega-3 fatty acids.

A cardiac diet may or may not be the optimal diet for an individual patient. For example, some diets may have the appropriate sodium levels but have characteristics which make them inappropriate for a given individual (eg, too low in protein for animals with cardiac disease, too high in calories for an obese patient, or too high in potassium for patients receiving an angiotensin converting enzyme inhibitor) so careful selection is important. However, diets designed for other disease and even certain specific over-the-counter diets can be appropriate.  Above all, the diet must be palatable enough that the animal will willingly eat it to aid in maintaining optimal weight.

In many cases, the nutrient modifications desired can be achieved through diet alone. In some instances, however, certain nutrients may need to be supplemented if they are either not in diet or not in the diet in high enough quantities to achieve the desired effect. For example, nutrients such as magnesium can become deficient in animals with CHF secondary to diuretic use. Since hypomagnesemia can cause refractory arrhythmias and muscle weakness, serial evaluation in an individual patient may be useful, especially in those patients with arrhythmias, and supplementation should be instituted when necessary. Other nutrients may act as pharmacologic agents, rather than just providing nutritional requirements.

L-carnitine may help with energy metabolism in the heart. Coenzyme Q10 also is important for energy metabolism and is an antioxidant. Some veterinarians use coenzyme Q10 with apparent success in canine DCM. Nonetheless, controlled, prospective studies will be necessary to judge the true efficacy of this product. The omega-3 fatty acids, eicosapentaenoic acid (EPA) and docosahexaenoic acid (DHA), may be beneficial in animals with CHF to decrease production of inflammatory eicosanoids and cytokines, as well as reducing cardiac arrhythmias.  While the optimal dose of omega-3 fatty acids for all animals with various cardiac diseases is not yet known, the author currently recommend a dosage of 40 mg/kg EPA and 25 mg/kg DHA in animals  with cardiac disease.  Fish oil supplements vary widely in the amount of EPA and DHA they contain so it is important to know the exact amount in supplements recommended.  Capsules that contain approximately 180 mg EPA and 120 mg DHA can be purchased over the counter at most human pharmacies and can be administered at a dose of 1 capsule per 10 pounds body weight.

Fish oil should contain vitamin E as an antioxidant, but supplements which contain other nutrients are not recommended to avoid toxicities.  Cod liver oil and flax oil should not be used.  Also be aware that since dietary supplements are not regulated as stringently as drugs, quality control of all dietary supplements can be a big problem.  Therefore,  using resources such as Consumerlab.com to find specific supplement brands with good quality control is recommended.

Although the pet may have dietary preferences and dictate the types of food eaten to a certain degree, the owner also influences the pet's diet. Therefore, meeting the owner's expectations in terms of diet is important for animals with cardiac disease. Their pet's quality of life is of tremendous importance to owners of pets with cardiac disease so providing diets that are palatable and readily eaten is critical. Recent studies have also shown that, in dogs with cardiac disease, over 90% receive treats and table food (although only about one-third of cats with cardiac disease receive treats or table food). The method of administering medications also should be considered as many owners have difficulty administering medications without foods and these foods often are high in sodium. Including this information in the overall diet plan is important to achieve success with nutritional modification.

The type of food preferred also varies between owners (and pets; eg, canned vs dry vs homemade) and must be taken into consideration. Finally, cost preferences should be considered as veterinary therapeutic diets may be out of the price range for long term use by some owners. In these cases, lower priced alternatives should be offered.

1.        As mentioned previously, there is usually not a single "best" diet for any patient. The author typically determines several diets that would be appropriate for an individual patient based on the patient, diet, and feeding practices. These diets are offered as choices for the owner and for the pet. Once they determine which diet the pet prefers, this diet can be used. Having specific dietary choices is particularly beneficial for more severely affected patients, in which a cyclical or selective loss of appetite is common.

2.        For animals with CHF, don't change the diet until the patient is stabilized. Once the animal is home and stabilized on medications, a gradual change to a new diet can be made. Forced dietary changes when the animal is sick can induce food aversions.

3.        Since most owners give treats (either pet treats or "people food"), be sure to specifically discuss treats with the owner. Most owners are unaware of treats that would be contraindicated (eg, high salt treats or table food). The author typically provides a list of foods that are appropriate and foods to avoid as treats (and to help administer medications) to assist the owner in wise selection.

Monitoring the animal with heart disease

At recheck visits, a thorough physical examination should be done and renal function and electrolytes evaluated.  Body weight should be recorded at each visit to assess for weight loss from altered food intake.  Assessment of muscle mass also is important because an animal can retain fat stores but lose lean body mass. Early detection of muscle loss is important to identify cardiac cachexia at an early stage at which intervention is more likely to be successful.   A complete diet history should be obtained at each visit, including pet food, treats, table food, dietary supplements, and the method the owner uses to administer medications to ensure the entire diet is optimized.

Treats for dogs with heart disease

Acceptable treats and foods that can be used to  increase palatability

Note:  All foods in this list should be prepared without salt

©        Low-salt breakfast cereal - the label should read, "this is a low-sodium food" (such as Frosted Mini Wheats)

©        Most cheeses, including "squirtable" cheeses (unless specifically labeled as "low sodium")

Foods commonly used to administer medications can provide a large amount of additional sodium in your dog's diet.  Better ways to give medications include:

©        Insert medications into one of the following foods:

o    Home-cooked meat such as chicken or hamburger (without salt); not lunch meats 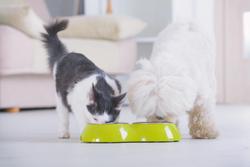 Considerations to bear in mind with dietary trends 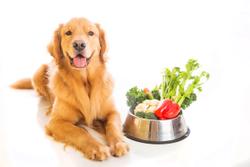 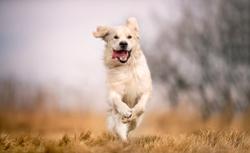