Are you looking to retire anytime soon? Where you choose to live can play a big role in when you retire and can help you keep your current lifestyle. Check out this list of the 10 best cities to retire.

Only 18 percent of American workers feel “very confident” about having enough money for a comfortable retirement, according to new survey data from the Employee Benefit Research Institute’s 2017 Retirement Confidence Survey.

But you don’t necessarily need to sacrifice a comfortable retirement because of your current financial situation. Instead, finding the right place to relocate could save you from sacrificing your bank account and having to delay retirement.

WalletHub, a website that offers free credit scores and reports, recently compared the retiree-friendliness of the 150 largest U.S. cities. Analysts looked at 40 relevant metrics across four key dimensions — affordability, activities, quality of life and health care — to determine the best cities in which to retire.

“In general, most people do not save enough money for retirement, and must therefore continue to work after retirement age to cover their costs,” says Ryan Teeter, assistant professor of accounting information systems at the University of Pittsburgh. “It doesn’t help that costs for retirees are increasing more quickly than a fixed income can support. This is where communities play an important role.”

If you’re looking to retire from veterinary medicine in the next several years, you might want to consider doing it in one of these 10 cities.

Nevada’s senior citizen population is projected to be almost 19 percent by the year 2030.

Retirees in Austin benefit from zero personal or corporate income tax as well as a low state and local tax rates.

While it’s not the cheapest place to live, Denver offers many amenities for the senior set.

Honolulu boasts the fourth highest percentage of population aged 65 and older. Think of Hawaii as a cheaper way to enjoy the tropics than going abroad because you will still be covered by Medicare and the U.S. healthcare system.

It can be snowing in the mountains and warm and sunny in downtown Salt Lake!

Many got to know Atlanta better as a vibrant metropolis with a low cost of living when the city hosted the 1996 summer Olympics. Plus, Atlanta is tied for most museums per capita.

Of all the cities ranked, Scottsdale had the highest percentage of population aged 65 and older, and it ranked fourth for “mild weather.” And, Scottsdale has its own resort-like package of amenities that many people aren’t aware of — including everything from spas to golf courses to nightclubs to hiking.

Miami tied for the most fishing facilities per capita. The city also has a very large Cuban-American contingent that offers international flair.

Tampa tied for the most fishing facilities per capita, and the city has made many lists for both the “cleanest city” and the “best outdoor city.”

Along with popular tourist destinations like Disney World, Universal Orlando Resort, and Epcot, the area is bursting with active adult and 55+ communities. 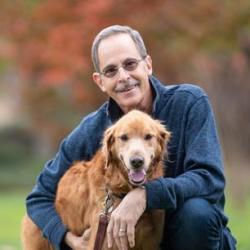