The Animal Welfare Institute (AWI) and the American Society for the Prevention of Cruelty to Animals (ASPCA) are criticizing proposed guidelines from the American Veterinary Medical Association (AVMA) that permit the use of water-based foam, ventilation shutdown and live burial as a means of depopulation for farm animals, delcaring these methods as inhumane, according to a release from the two groups.

The proposed guidelines are to apply to the large-scale killing of farm animals in disease outbreak situations, such as birds infected with or exposed to avian influenza, or in response to a natural or human-caused disaster. As written currently, the groups state that the draft guidelines:

> Allow the use of water-based foam, which acts in a manner similar to drowning or suffocation, to kill certain classifications of poultry

> Approve, in certain situations, the killing of poultry and pigs through "ventilation shutdown," which turns off the ventilation to the animal's housing and causes the animals to die by heat stress and suffocation

> Authorize live burial for the killing of some classifications of poultry.

“The AVMA is proposing to subject animals to the most gruesome deaths imaginable,” says Dena Jones, AWI farm animal program director, in the release. “Intentionally inflicting death in a manner that causes elevated and prolonged distress is unacceptable. It is particularly insupportable for a professional scientific body representing veterinarians-who are sworn to protect animals-to propose killing methods that have never been researched for their impact on the welfare of animals.”

Jones tells dvm360 that the AVMA guidelines do include other methods of depopulation that the group doesn't oppose, though their preferred method depends on the species and number of animals to be killed. For example, AWI's preference in the case of a large number of birds to be culled is gas.

The AWI and ASPCA state that though the AVMA is proposing these methods be allowed only in constrained circumstances, less inhumane methods exist, even for exceptional cases. They are concerned that, over time, these methods will become routine, making their availability a disincentive to use or research more acceptable methods.

The AVMA is accepted comments on the depopulation guidelines from its members through April 16. The release notes that while the U.S. Department of Agriculture (USDA) is not required by law to do so, it typically relies on AVMA guidelines to determine culling methods for depopulation events. It has not indicated whether it will solicit public comment before deciding whether to use the AVMA guidelines in this case.

Suzanne McMillan, content director of ASPCA's farm animal campaign, says, “When crisis inevitably strikes, the AVMA's depopulation guidelines should still uphold the veterinarian's oath to prevent and relieve animal suffering and should not provide an ‘easy out' at the cost of unthinkable cruelty for the sake of perpetuating a dangerous, inhumane, and unsustainable system." 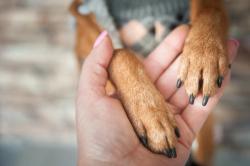 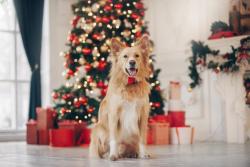